This is a huge matchup for both teams. The Minnesota Vikings and the Seattle Seahawks currently occupy both NFC wild card positions. Whichever team loses will be only two games up on the Chicago Bears and one game on Los Angeles Rams for the sixth seed. Here are my top players in this NFC showdown.

Adam Thielen is still out and that means Diggs will still be the number one receiving option. Kirk Cousins and Diggs got back on track in their last game after a couple of rough weeks. Diggs gets a good matchup as the Seahawks have given up big games to receivers recently. (Mike Evans, Deebo Samuel, and Zach Ertz.) Yes, Ertz because he was basically a wide receiver last week. Look for Diggs to have another big game.

Cousins has played a lot better as of late. He has only had one game in his last seven where he did not throw a touchdown pass. Every other game he threw two or more. He also proved that he can still play in big games. He was able to beat the Dallas Cowboys on Sunday Night football a couple of weeks ago. Look for Cousins to play well again against this Seahawks defense that gives up 268 passing yards per game.

Hopefully, after last week’s game people will choose Rashaad Penny over Carson. Carson should still see the bulk of the carries. The Seahawks offensive coordinator said Carson is the main back. Carson does get a tough matchup going against a better run defense. However, the Seahawks offense revolves around the run game. If Carson can get things going early and not fumble the football he will have another good game.

Hollister is going to be looking for a bounce-back game after last week. He only had two receptions on four targets. The two games before that he was able to get a combined 12 receptions for 99 yards and three touchdowns. Look for Hollister see some more targets and have a nice bounce-back game in this potentially high scoring matchup.

Myers has been able to put up double digits in three of his last five games. The Seahawks offense is always able to move the ball. They average 385.4 yards per game. If Myers is able to make his kicks he should be able to score double digits again. The keyword is if though because he has struggled as he has only made 75% of his kicks.

This is going to be a high scoring offensive game. Both teams are going to come out with there best foot forward. Whichever team can play clean football and not turn over the football will win. I like the Seahawks to win the game. Final score 30-24 as the Seahawks get the running game going early and do not look back.

Diggs: 137 receiving yards and one touchdown.

Carson: 120 total yards and one touchdown.

Hollister: 44 receiving yards and one touchdown. 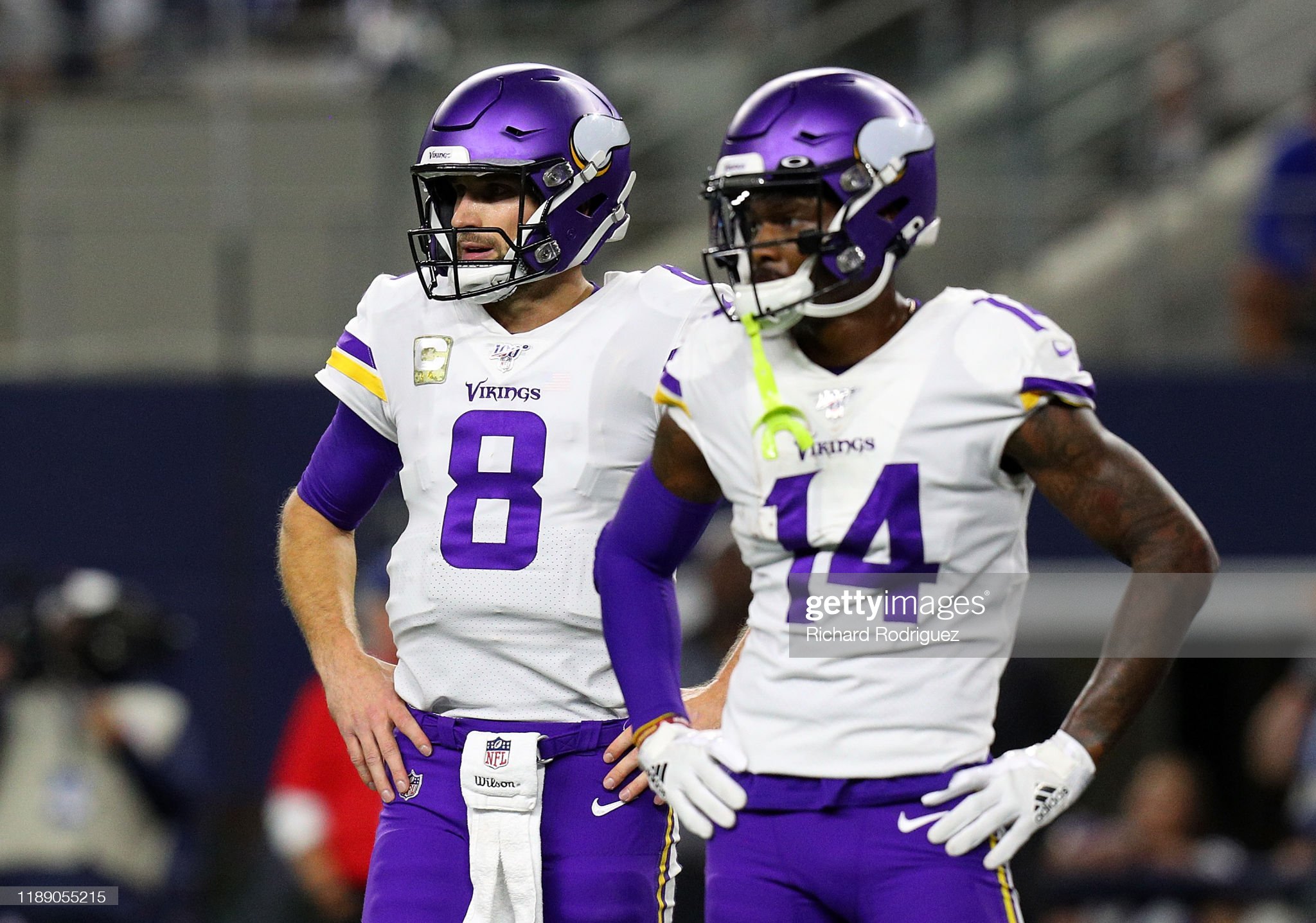