It was a rough first week for the new-look Cleveland Browns as they fell to the Tennessee Titans by a score of 43-13. There is no way around it, this was an embarrassing, and unacceptable performance from the Browns.

The Browns marched right down the field on the first drive of the game and punched it in with Dontrell Hilliard. Much like last year, a missed extra point by rookie Austin Seibert deflated the excitement of the opening drive touchdown.

The Titans then went on to score 15 unanswered points including a safety by Cameron Wake. A touchdown pass by Baker Mayfield to David Njoku in the third quarter made it 15-13. It was also the last time the Browns scored in the game.

The Titans rattled off 28 straight points and picked off Mayfield three times to crush the Browns on opening day.

The story of the game was penalties. The Browns had 18 penalties for 182 yards, the most in franchise history since 1951. One of those penalties caused the ejection of LT Greg Robinson.

Mayfield finished the game 25/38 for 285 yards for one touchdown and three interceptions. He had some good throws and some bad ones. I would say that two of his interceptions were his fault. The Titans just played a great game defensively.

The offensive line play was very subpar. The Titans sacked Mayfield five times and pressured him on almost every pass. Mayfield played a decent game, but had no time to really throw. Towards the end of the game, the Browns went into panic mode which caused the three interceptions.

RB Nick Chubb was virtually a non-factor in the game, getting 17 carries for only 75 yards. Hilliard was the only Browns RB with a TD.

The Browns receiving core was the bright spot. No “big drops” and ran solid routes all game. Odell Beckham Jr led the Browns with seven receptions for 71 yards. Jarvis Landry totaled four receptions for 64 yards and had a couple big-time receptions.

The only player that made a real impact on defense was Myles Garrett. He had two sacks and made a big-time tackle on Marcus Mariota that caused the Titans to punt deep in their own territory.

I’m starting to get really concerned about Denzel Ward. He can’t tackle and his coverage skills have not been great lately. The defense just couldn’t stop the dink and dunk Titans offense.

Its just one game. The Browns will be fine. It’s very frustrating, but the Browns are not going to be this bad. The Titans are not 30 points better than the Browns. The Browns got humbled, its time to go back to work. 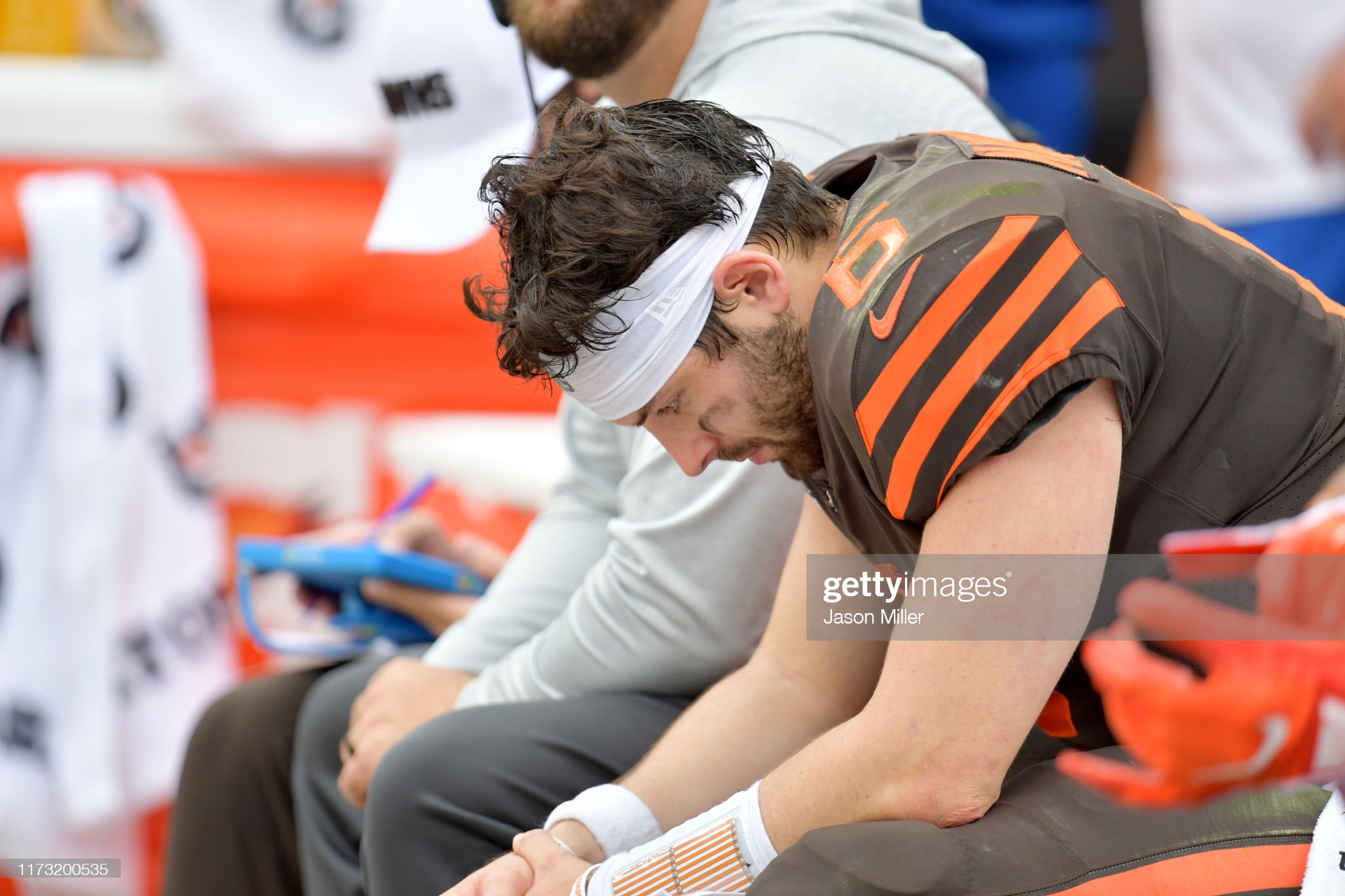