After going 0-16 in 2017, and trading their previous first-round pick to the Texans (who went on to draft Deshaun Watson), the Browns ended up with the first and fourth picks in the first round.

With those picks, they selected Heisman Trophy winner Baker Mayfield, and Ohio State cornerback Denzel Ward. Mayfield immediately became the most polarizing athlete in Cleveland. As a Browns fan, I can tell you, we were just excited to be playing meaningful football in December.

The Browns entered the offseason with high hopes for the next season. But general manager John Dorsey took it too another level. Trading for Giants pass-rusher Olivier Vernon is an awesome compliment to Myles Garrett, who is ready to become the best defensive ends in the NFL. But as we know, the Giants and Browns were not done making deals.

In March, the Giants traded mega-star Odell Beckham Jr., to the Browns for their first-round pick (17th) their third-round pick, and New Jersey native Jabrill Peppers. Overnight, the Browns became a force.

But are they for real? Can they finally win that division, go to the playoffs, and complete a playoff run holding the Lombardi Trophy. I think there are three reasons why the Browns will compete, and they will compete now.

Dorsey has an impressive track record with talented draft picks and making great trades. Drafting a questionable prospect like Kareem Hunt, or trading up for Patrick Mahomes instead of taking Waston, taking Mayfield instead of Sam Darnold at number one overall last year. The list goes on. In his short time in Cleveland, Dorsey has completely rebuilt the roster, and they have one of the best rosters in football now.

I know the Baltimore Ravens and Pittsburgh Steelers are both ‘playoff-caliber teams.” While this may be a little homerism, I think the Ravens will flop this year. Now that teams have tape on Lamar Jackson (who I think will be a good quarterback) I think that explosive end to the season doesn’t happen. Like the wildcat offense in Miami, the read-option in San Francisco, the NFL figures it out. The biggest concern for the Browns is the Steelers. As long as Ben Roethlisberger is still in the NFL, I will forever be scared of playing the Steelers. He just beats the Browns……every damn time. But this is the best Browns team he will ever play, and we are coming for that crown. The Bengals…… well….. stink.

Mayfield’s life is a movie. The 30 for 30 on his life is going to be insane to watch. Having to fill the shoes of Garrett Gilbert at Lake Travis High School. By the way, Gilbert is now his backup’s backup. He walked-on to Texas Tech and took the starting job. After an injury caused him to permanently lose his job, he walked-on to Oklahoma, one of the best programs in College Football history. Oklahoma had just beaten Alabama in the Sugar Bowl led by surprise quarterback Trevor Knight. Mayfield beat Knight for the job and went on to become a legend in Norman. He won the Heisman and became the number one pick in the draft. He has been doubted his whole life and every time he just defies the odds. He is a winner and he will be the one who finally brings a winner to the Browns.

I personally think the Browns are the real deal. With all bias aside, I think they will finally win a division championship for the first time since 1989. I think they need time to develop before they reach championship contender status, but do not be shocked if they make a cinderella run this season. They are young and ready to roll. 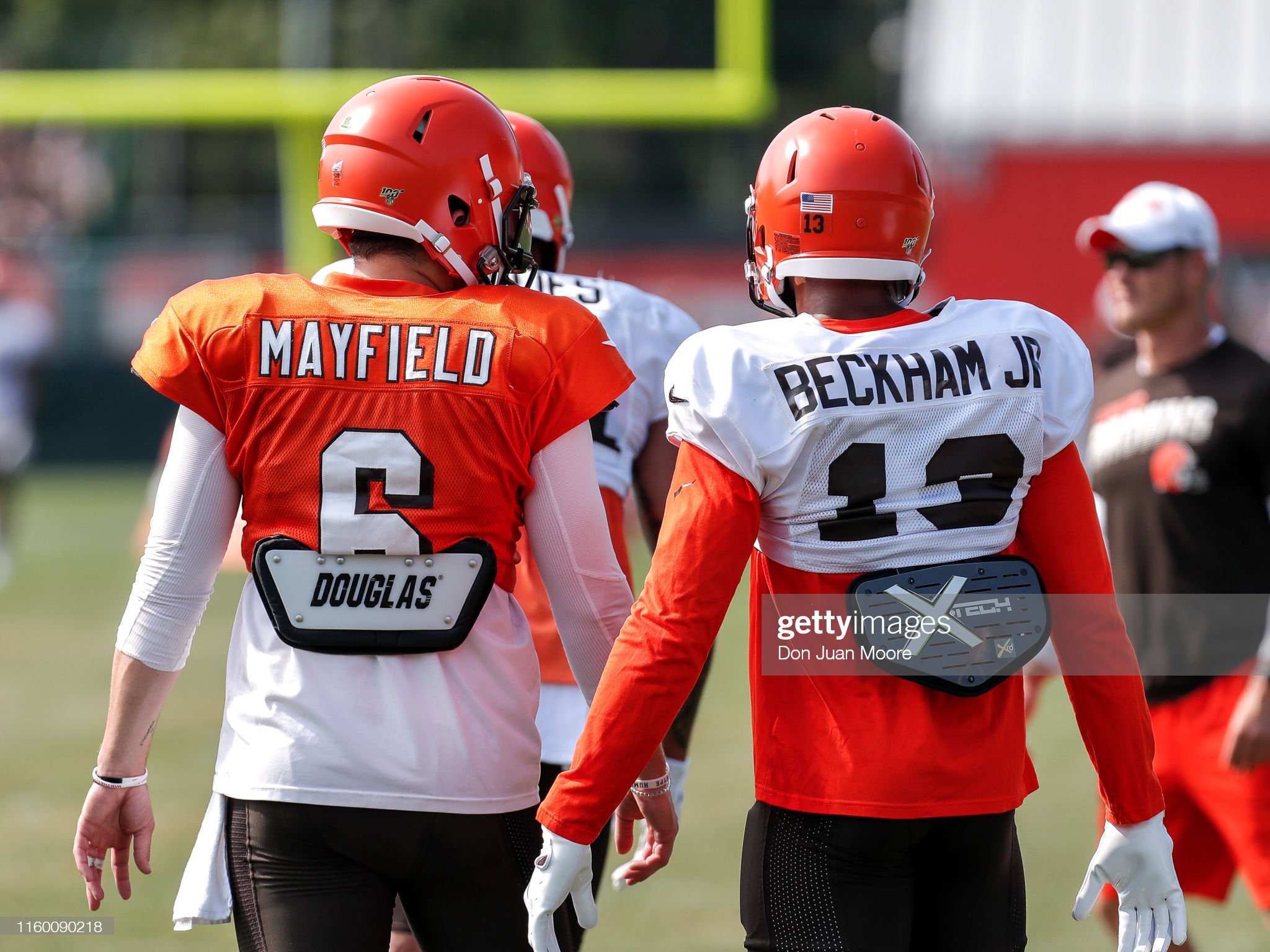