Carolina Panthers running back Christian McCaffrey is a terrific all-purpose threat who can run between the tackles and take a screen pass to the end zone. He’s one of the best pass-catching backs in the NFL. McCaffrey broke out in a big way in 2018:

McCaffrey finished the season as the RB3 in standard and half PPR formats, and was the RB2 in PPR leagues. He became the focal point of the Panthers’ offense which led to great success, resulting in high expectations for a follow-up season in 2019. McCaffrey is currently being drafted at fourth overall (FantasyPros), behind Saquon Barkley, Ezekiel Elliott, and Alvin Kamara. I will be avoiding McCaffrey at this draft cost.

Last season, McCaffrey had 326 touches, ranking third in the NFL, behind Barkley (352 touches) and Elliott (381 touches). McCaffrey also played 98.6% of offensive snaps, which led the league. Barkley (6’0, 233 pounds) and Elliott (6’0, 228 pounds) have more suitable body types for this type of workload, but at 5’11, 205 pounds, McCaffrey is undersized for this type of usage. This means that the Panthers will need to scale back his workload in order to maintain his health over the course of a 16-game season. It’s too risky to continue using their most effective offensive weapon like this. Offensive coordinator Norv Turner stated that he was concerned about this type of usage and intends to decrease McCaffrey’s usage. While the team did not invest highly in the running back position, using a fifth-round pick on Jordan Scarlett, we still need to project fewer touches for McCaffrey in 2019.

There was a period in the 2018 season where the Panthers were absolutely depleted on offense. Their two most reliable options in the passing game, wide receiver Devin Funchess and tight end Greg Olsen, had down seasons due to poor production or missed time. Funchess played 14 games and only produced 44 catches for 549 yards with four touchdowns. Olsen played in 9 games, totaling 38 catches for 291 yards and four touchdowns. They were also missing wide receiver Torrey Smith for five games. This meant that the team had to rely on a trio of unproven players to help McCaffrey carry the passing game: wide receivers D.J. Moore, Curtis Samuel, and tight end Ian Thomas. Moore and Thomas were rookies, while Samuel was in his second season. All three of these players showed promise, but they were not yet reliable top options for quarterback Cam Newton. This meant that the team had to target McCaffrey in the passing game more. This season, these three players have more experience and Smith returns to action. We will likely see an increase in targets for all three of these players, which will negatively impact McCaffrey’s fantasy production.

Newton had off-season shoulder surgery, after playing hurt for a chunk of the 2018 season. Reports are that Newton’s mechanics led to this shoulder issue. While Cam has stated that he feels fully healthy coming into 2019, it’s hard to trust him to stay healthy. This is a guy who has taken his fair share of bumps and bruises over the course of his career. He’s becoming a risky option at quarterback, which is worrying because the Panthers’ backup is Taylor Heinicke, an undrafted quarterback out of Old Dominion with a total of seven games under his belt. If Cam were to miss time, McCaffrey would be facing stacked boxes in an offense that would struggle to score touchdowns. Now obviously every quarterback has a risk of injury, but Cam is more susceptible to missing time due to his playing style and shoulder condition.

Due to decreased usage, internal improvement, and question marks surrounding his quarterback, McCaffrey has the look of a top-10 option rather than top four. I prefer breakout candidates like Joe Mixon and bounce-back options like David Johnson over CMC this year. 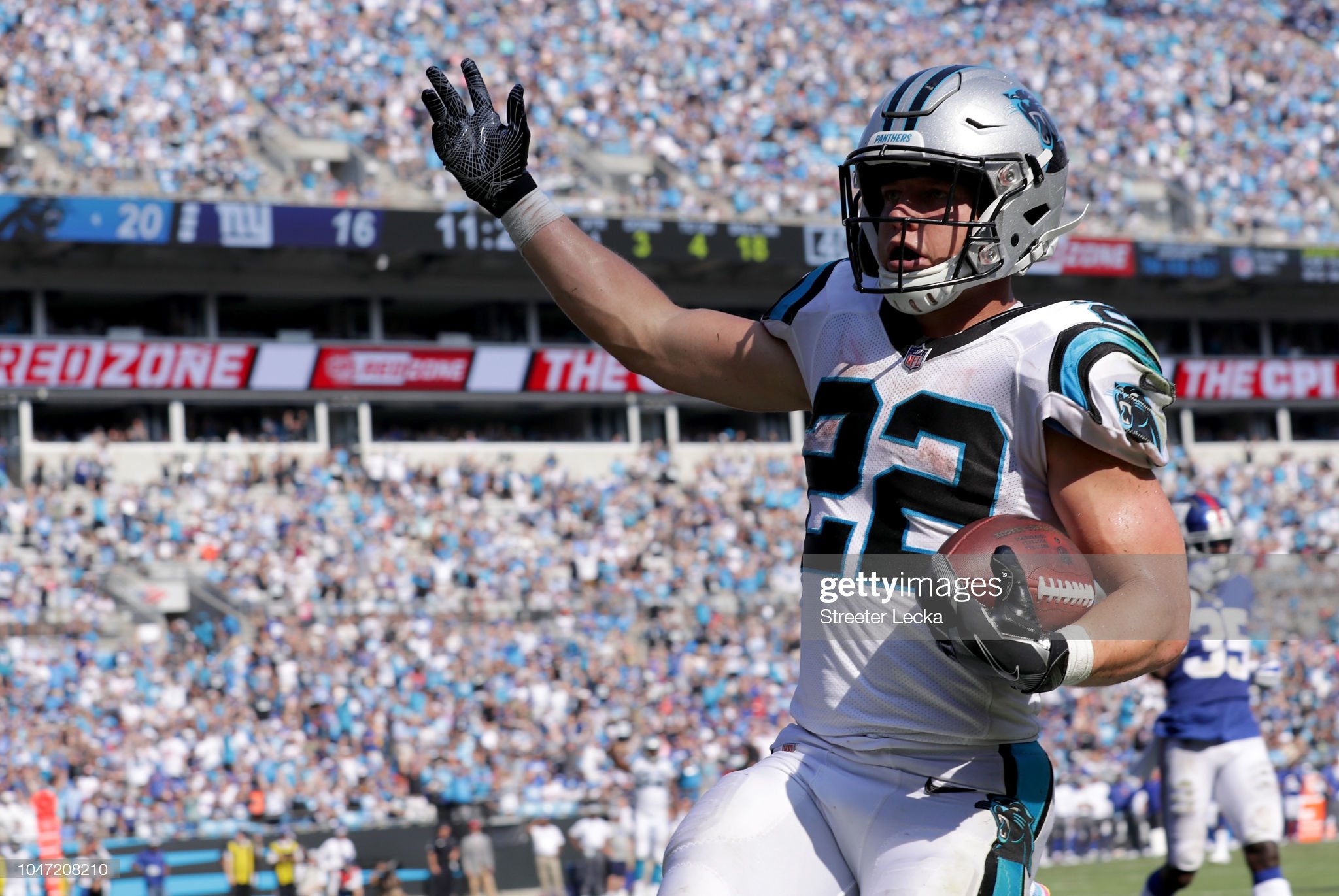