The Yankees went to London and promptly kicked ass. They scored 29 runs over the pond. The Yankees are red-hot and with a healthy (sort of) team, we can only watch as they get hotter.

The Dodgers had three all-star pitchers in Clayton Kershaw, Walker Buehler, and Hyun-Jin Ryu. When the pitching is as good as the batting, you have the recipe for a championship team.

You would be pressed to find a team that has as much talent, and as much depth as the Astros. Even with as much talent as they have, the pitching struggles are noticeable. Since June 15th, the Astros bullpen has a 6.40 ERA. On the upside, George Springer is back and Jose Altuve is hitting his stride (.292 AVG since his return.)

The Twins are in a bit of a funk. They still do have an eight-game lead over the Indians. Eddie Rosario was snubbed from an all-star appearance due to an injury. A comfortable lead, but we still have a lot of baseball left to play.

If you have been reading my power rankings, you know that I love Ronald Acuna Jr. He joins his teammate Freddie Freeman, as an NL starter in the all-star game. The Braves are screaming hot and are really separating from the Phillies.

Blake Snell, I mean…… what happened. The Rays should feel lucky. A brutal month of June would put most teams in big trouble. But here they are, with the top wildcard spot.

The Brewers better feel very lucky that the Cubs have not caught fire during this slump. Luckily, they moved up in my rankings. The only reason being the teams in front of them have had mini-slumps like the Brewers. The only difference is, the Brewers are in first place.

Much like the Brewers, the only reason the Indians moved up is that the teams in front have slumped. Overall, the Indians are playing good baseball right now, If you ignore being outscored by Baltimore 26-2 in the last series.

The Cubs have long said that they admire their pitching depth. Well, its time for the Cubs to put it all together with Craig Kimbrel and Cole Hamels among the leaders in NL WAR for pitching. They are very fortunate that the Brewers have not pulled away.

Boston went to London and got smacked. London fans did not get a true representation of baseball. But It was fun to watch. I’m not going to hold a bad series that much against Boston, but I was very close to putting Texas here. 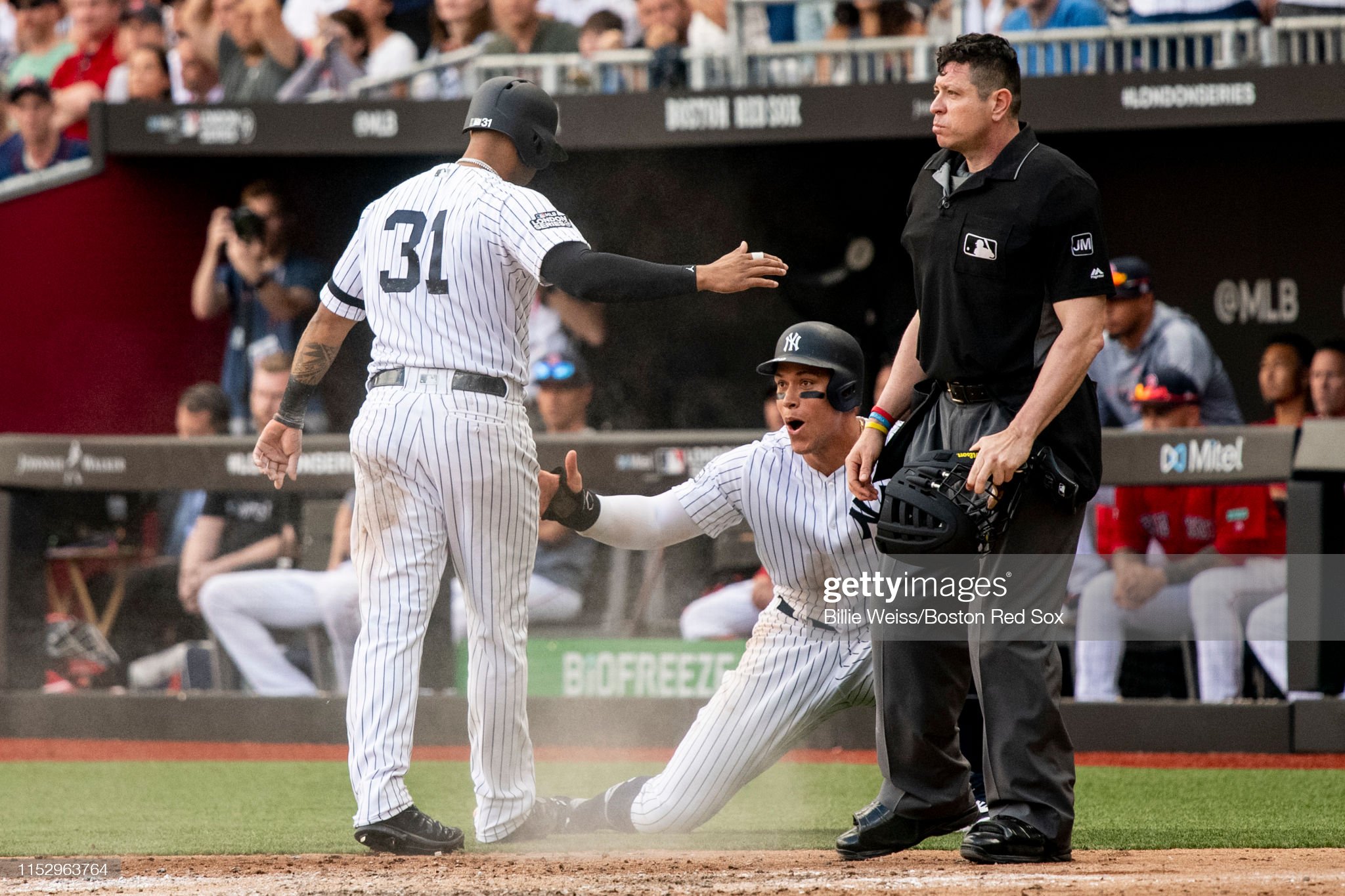