We once again have a change at the top spot for this week’s power rankings. You can find my week 10 power rankings in the link below.

Yordan Alvarez has been outstanding in his short time in the majors. He is hitting .471 with an OPS of 1.785. Safe to say, the oldest team in the American Leauge, just got a great youth presence in the lineup.

It is safe to say that the Dodgers are the best team in the National League. Like, it’s not even close. Speaking of not even close, Cody Bellinger is far and away the MVP right now. He currently has a 5.8 WAR and is in the top three in all batting statistics. With more play like that, the Dodgers could be primed for a special postseason run.

I almost slid them down to number four, but since I’m a big Cleveland Indians fan, I have to keep this fair. The Twins continue to be not only a great team, but a fun team. Jorge Polanco is really one of the most underrated players in baseball. I would like to see the Twins grab a back-end starter for them to compete.

The Yankees are in first by half-a-game, but I still think the Rays are better at the present moment. Tampa Bay’s pitching has been amazing as they have the lowest runs allowed in baseball with only 239. The Rays need another power bat, and were in the running for Edwin Encarnacion before…….

…the Yankees could go snag him from the Mariners. This is more of a “screw you” move by the Yankees. They don’t need Encarnacion, but they went out and got him just because they could. Once the Yankees are back at full strength, watch out.

Oh man, what a run this team is on. they are winners of nine of their last ten and have completely taken over first place in the National League East. Time will tell if these young Braves can keep this pace with the next team right behind them.

Ok, not really but he is playing a lot better. He is currently hitting .246 with 12 HR and 48 RBIs. The Phillies have a lot of moves to make if they want to catch up to the Braves.

It’s the same story with this team. Christian Yelich is unreal, and the starting pitching stinks. They can’t afford to not add extra arms at the deadline.

The addition of Craig Kimbrel I think is not talked about enough. The Cubs needed bullpen help and got the best available talent. I think they closed the gap between themselves and the Brewers by a lot.

Ok, now this Gif fits. The Red Sox are winners of five straight and have been mashing the ball. They just need to fix the god awful bullpen. 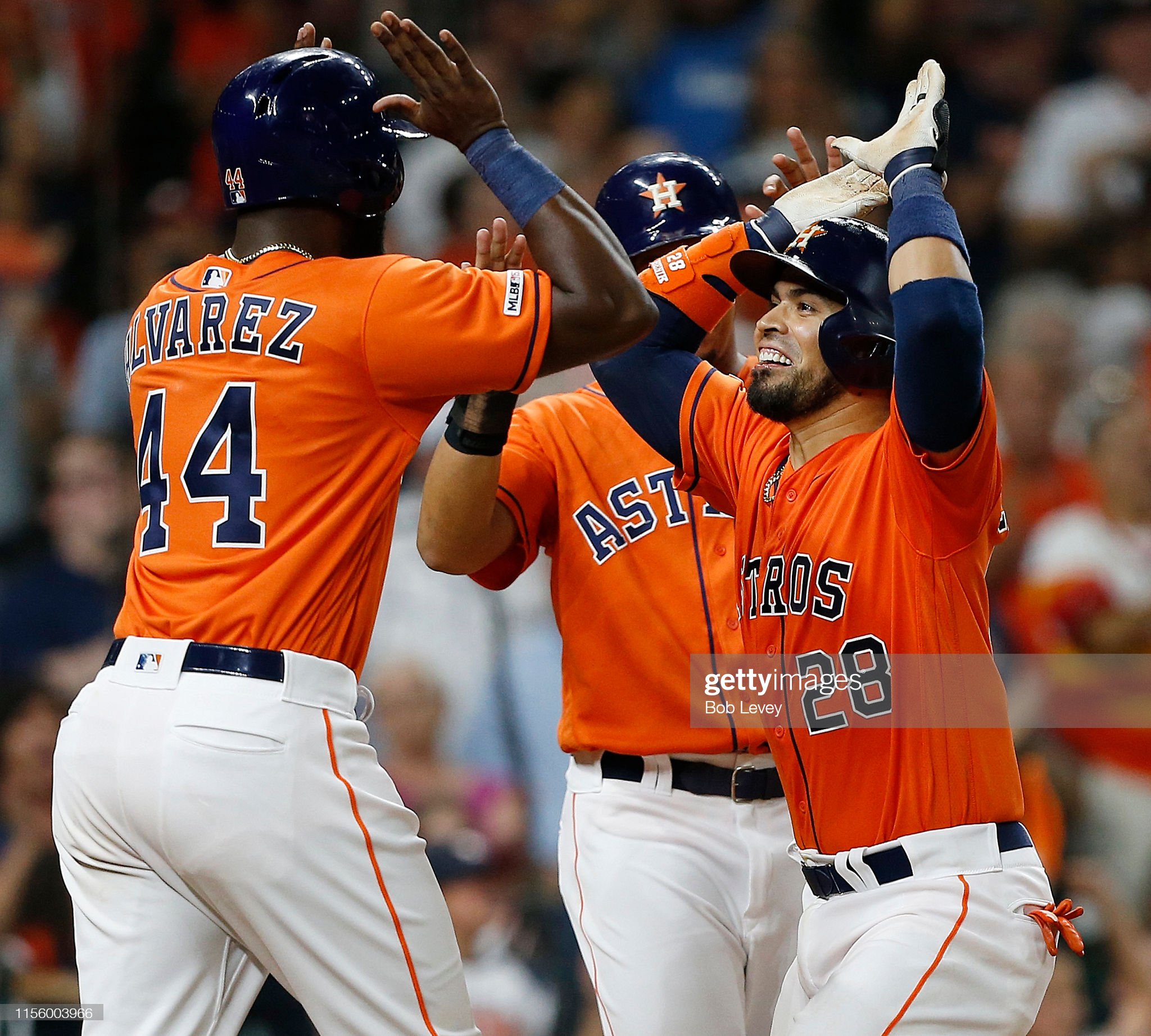