We are flirting with another golden age of heavyweight boxing. Names like Tyson, Lewis, Holyfield, Bruno, and Bowe are long gone and have been replaced with names like Wilder, Fury and the man who defends his WBO, IBF, and WBA World Heavyweight Boxing titles Saturday Anthony Joshua. 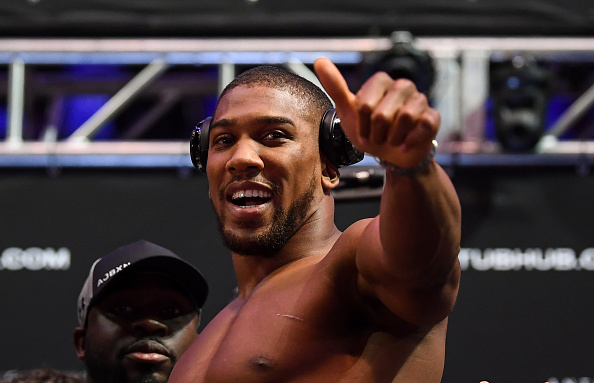 Joshua is the unified and undefeated champion fighting out of the United Kingdom where he has become a megastar and arguably the most popular athlete from there.

Since winning a Gold Medal in the 2012 Olympics, which happened to be in London, Joshua has seen his star power just beam across the boxing and sporting landscape in Europe. With his fight today being in The Mecca Madison Square Garden it will be the first time he has made the trip to fight in the United States. This is crucial to his plan of becoming a global star and bring the sport of boxing to the forefront of the sports world again. 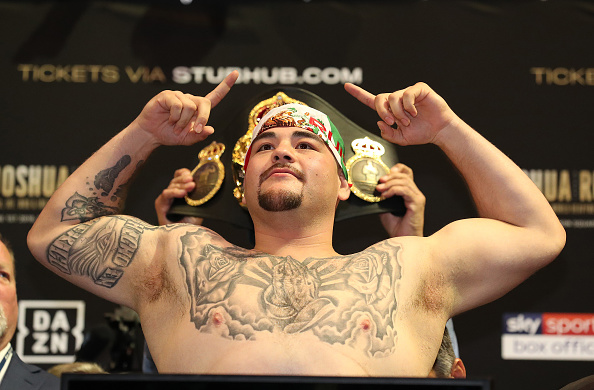 Anthony Joshua was supposed to be fighting Jarrell “Big Baby” Miller but failed three separate drug tests stemming from multiple tests in March. Thus The Destroyer Andy Ruiz has stepped up to challenge the undefeated champion.

Ruiz has the physique that when you see him you don’t think “Hey there goes the challenger for the heavyweight title of the world” he has dealt with that image being present his whole career. That hasn’t stopped him from amassing a 32-1 record and stopping his opponents 21 times. Most recently he stopped  Alexander Dimitrenko back in April right before getting notified of the spot that “Big Baby” Miller had left open.

For the challenger Andy Ruiz things are simple, close the massive range that Anthony Joshua boasts with his 82” reach. If Ruiz can close the distance, use combinations and attack the body as he does so well then he may have a chance to work Joshua down or even squeak out a decision. He also has a hammer of a straight right in his arsenal as well which can make an appearance from time to time.

For the Champion Anthony Joshua, he needs to do what he does best, push Ruiz back with that world-class jab he possesses and when the time is right he has to unload that insane power that he has in both hands. Ruiz will be coming out of the gates blazing and it’s also important that Joshua doesn’t get into a firefight with Ruiz because that is when historic moments happen for champions, most often they are on the receiving end of such moments.

I know everyone loves a Rocky story but I just can’t get with that. While I believe Ruiz may last several rounds maybe as late as round 10 I eventually see Joshua ending the night early with a TKO win by either corner stoppage or the ref stepping in.

This means that he is lined up perfectly again for a fight later this year with either WBC World Champion Deontay Wilder or Lineal Heavyweight Champion Tyson Fury.