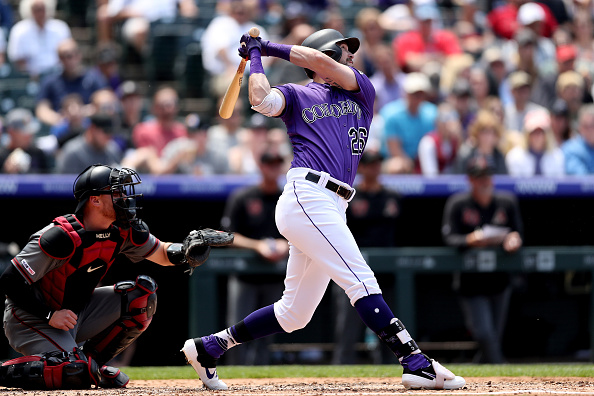 A massive 15 games await us to kick off the weekend. Plenty of good pitchers available so finding value at other positions could be vital when building your lineups. Having said that a good strategy would be to also find ways to include some Rockies batters as they will be home to Edwin Jackson and the Toronto Blue Jays. The Rockies implied total is hanging around seven runs today making them almost essential in cash games. Grab your peanuts and cracker jacks, let’s take a rip around the horn!

Chris Sale and Kenta Maeda are facing good lineups as well as Jose Berrios against the Rays leaving you with a choice of Brad Peacock at Oakland, Caleb Smith at San Diego, German Marquez at home to the woeful Blue Jays and if you want to take a bit of a risk given his recent struggles, Trevor Bauer at the less than stellar Chicago White Sox. All are fine plays, but my attention is directed at Patrick Corbin. Corbin has been great this season averaging 23.5 DKpts per game, more than any other pitcher on the slate. Corbin carries a 28 K% into this one which is 5 percentage points higher than league average starters. The Reds are 17th in the league in team batting(.243), and 20th in wOBA(.303) versus lefties this season.

The highly-touted infielder is being featured in a Rockies lineup that will be geared up yet again to smash at home. Last night they went off for 11 runs in a wild one against the Diamondbacks. McMahon went 3-for-4 with a home run and two runs driven in. The price isn’t too steep for such a great a matchup as the Jays will roll out Edwin Jackson who is giving up 3.2 HRs per 9 innings on the season. Jackson will be lucky to reach the fourth or fifth inning in this one.

$4K might be a couple hundred more than I would like to pony up for a catcher but Lucroy has been a relatively consistent player this season as well as providing some pop(7 HR). Lucroy against the Mariners this season is 8-for-23 with a .783 OPS in six games. Off of scheduled starter, Mike Leake, Lucroy has put together some very solid numbers. In 50 at bats he is hitting .420 with a .600 slugging percentage.

Cain had a monster performance last night going 3-for-6 with four runs driven in, good for 23 DKpts. Tonight’s matchup bodes well for Cain who carries a very affordable price tag. Cain is his usual self this season putting up numbers across the board that we have come to expect from him. Not a huge sample size to work off of in this particular matchup(18 AB against Chris Archer) but the production shouldn’t be ignored- .500/.526/.833.

The Rockies are in the midst of having a great homestand losing only one game in their last seven at Coors Field. They most recently swept the Arizona Diamondbacks in four games. They can now use the momentum against a lesser opponent in the Toronto Blue Jays. Dahl, like McMahon, contributed to last night’s offensive explosion going 4-for-5 with a homer. Trevor Story and Nolan Arenado might be too expensive to fit in lineups, Dahl and McMahon really profile well in this particular matchup.