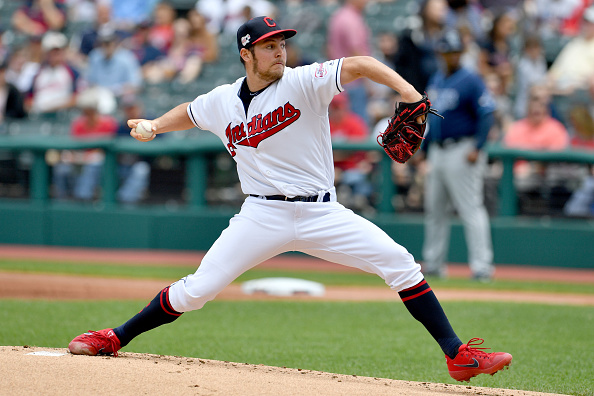 Trevor Bauer finally broke out in 2018, posting career highs across the board before his season was cut short due to a stress fracture in his right ankle. Bauer would have likely won the Cy Young Award were it not for this injury. Due to this massive breakout, he entered the 2019 MLB season with high expectations, with many analysts forecasting another dominant season. I had Bauer as my 2019 American League Cy Young pick. The season is now two months old, and Bauer is off to a very disappointing start, leading both Indians fans and fantasy owners wondering: What is wrong with Trevor Bauer?

Before examining why Bauer is struggling, let’s compare his 2018 numbers with this year’s stats:

As you can see, Bauer’s numbers are down across the board. Let’s start with the negatives. The main problem is that he is walking hitters (11.3 BB%) and hitters are barreling the baseball (10.7 Barrel%) at alarming rates. Bauer is having difficulties throwing first-pitch strikes (-8.4% from 2018), which explains some of the control problems. This is because he is having trouble locating his fastball: 17.5 BB% on the four-seamer in 2019, up from 14.8 BB% in 2018. This indicates that Bauer is falling behind hitters because he isn’t locating his fastball for first-pitch strikes. Obviously, this is problematic, because hitters are able to get into favorable counts, allowing for more opportunities to barrel the baseball.

Now let’s focus on the positives: Bauer is still missing bats while getting a bit unlucky. As we can see, Bauer’s Whiff% (-2.1% from 2018) and SwStr% (-1.5% from 2018) have only modestly declined, which shows that his stuff is still there. His LOB% (-8.1% from 2018) indicates that he is stranding fewer runners than he did a year ago. This means that he’s been a bit unfortunate with balls in play. These are encouraging signs for the Indians’ ace.

While it is troubling that Bauer has an increased walk rate while allowing hard contact, it is promising to see that his stuff remains among the best in MLB. I think that he is too smart of a pitcher with too many weapons in his arsenal to continue to struggle like he has so far. Once he starts to locate his fastball more effectively, along with a couple of changes to his pitch usage, (namely more curveballs and sliders coupled with fewer changeups), Bauer will return to dominance. The buy-low window is wide open right now – I suggest that you act quickly because a return to form is highly likely. I still think Bauer will finish among the Top 10 in baseball.