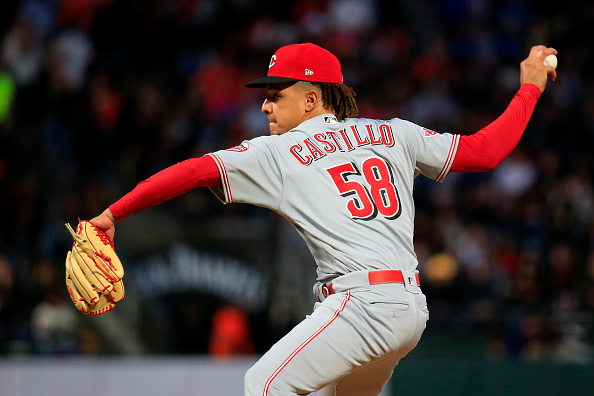 Happy Memorial day to everyone! As we honor and celebrate the lives of those who have died while serving, we take a look at a great day in store for baseball. Here are some GPP plays for you to help set your lineups and get back to celebrating with your family.

Max Scherzer is pitcher number one to use in cash games today. But Castillo is slightly cheaper and Scherzer has struggled against these Marlins at times in the past. Scherzer will gather a lot of ownership. Castillo will be pitching against the Pirates, a team he did well against earlier in the season (5.2 IP, 2 H, 1 ER, 8 Ks).

If you can somehow find a way to pay up for Sanchez, do it. It seems like a ridiculous price tag and probably is, but the guy just hits bombs. The majority of people will likely be looking to spend down at catcher and playing Sanchez could separate you from the field in tournaments.

Dietrich has hit a home run, literally, every other game in his past six games. He didn’t homer yesterday and is in a great spot today. Nick Kingham has been dreadful and Dietrich will be hitting fourth in the Reds order.

Castellanos seems like he is starting to heat up with three of his last four games being of the multi-hit variety and a home run in yesterday’s contest. He’s still too cheap for his potential today.

It’s looking like a bullpen game for the Orioles and we know they don’t have a good bullpen. This is a prime situation for the Tigers to take advantage of.

Kingham has been god awful with an 8.76 ERA and has allowed a homer in each of his last three outings. The Reds might pop more than one today at Great American Smallpark.

You will need to have some big cojones to make a Marlins stack against Scherzer, but it could very well pay off. Scherzer will be the most highly owned pitcher, opening up tremendous leverage against the field. Neil Walker and Curtis Granderson have taken Scherzer deep three times apiece. The Marlins as a whole hit .311 vs Scherzer with 10 HR.

Gio’s Sleeper Picks of the Day