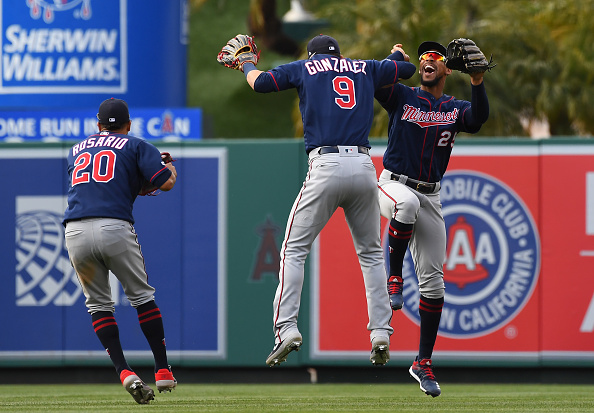 The Rockies’ stack killed it last night, while all of the wrong Tigers had good games, and Jason Vargas threw his best game in two years. The game stack of Kansas City and the Yankees was solid yesterday, although lacking production from Adalberto Mondesi. Let’s jump into today’s DFS picks.

Colorado Rockies vs. BAL (David Hess)
Trevor Story (SS), David Dahl (OF), Nolan Arenado (3B)
DK: $15900
Well, they’re back. They’re expensive. They’re ready to do damage. David Hess has been absolutely terrible this year, and against a potent offense in Colorado, it’s not looking good for him and the O’s today.

Minnesota Twins vs. CWS (Dylan Covey)
Marwin Gonzalez (3B/OF), Eddie Rosario (OF), C.J. Cron (1B)
DK: $14400
The Twins offense has been red hot lately and Eddie Rosario and C.J. Cron are the main threats. Cron has reinvented himself and is hitting everything. The matchup favors the Twins today with a struggling Dylan Covey on the hill. Marwin Gonzalez is projected to be batting third today and sits at only $4100, so this is fantastic value.

Arizona Diamondbacks at SFG (Shaun Anderson) (For those of you playing the later slate)
Ketel Marte (2B/OF), Adam Jones (OF), Christian Walker (1B)
DK: $13500
The Diamondbacks’ offense has had two good days in a row against San Francisco pitching and today should be no exception. Adam Jones is catching fire while being decently valued at $4800. Christian Walker has fallen off a bit lately, but is good value at $4000 and batting in the middle of the lineup. Ketel Marte should be a low-owned play today, making this lineup rather contrarian.

Los Angeles Dodgers (Kenta Maeda) at Pittsburgh Pirates (Chris Archer)
LAD: Cody Bellinger (OF), Justin Turner (3B), Max Muncy (2B), Corey Seager (SS)
PIT: Starling Marte (OF), Josh Bell (1B), Gregory Polanco (OF), Elias Diaz ( C )
DK: $34900
This is an expensive stack but could be very well worth it. It seems as though there wouldn’t be enough money to get quality pitchers, but using this, I was still able to get Jake Odorizzi for Minnesota against the White Sox and Spencer Turnbull for the Tigers against the Mets. Remember, game stacks are very risky and don’t pay off more often than they do, but if a game is a shootout, it’s good to cover both teams.