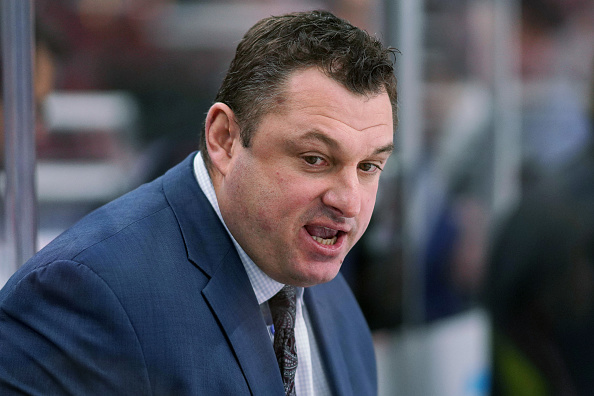 After a rough season for the Ottawa Senators, they have found the man that will lead their rebuild after firing Guy Boucher as the team announced yesterday that they have hired D.J. Smith as their new head coach. The deal is reportedly worth three years. Smith will become the fourteenth head coach in Senators history.

Smith comes to the Senators after being an assistant head coach with the Toronto Maple Leafs under Mike Babcock for the past four seasons. However, he does have head coaching experience. Before his time as an assistant coach, Smith was the head coach for the Oshawa Generals in the Ontario Hockey League. He won the Memorial Cup with the team in 2015. During the 2013-14 season, Smith was named the OHL Coach of the Year. He also was an assistant coach for the Windsor Spitfires for six seasons which started his coaching career.

Smith also has some playing experience in the NHL. He played as a defenseman drafted by the New York Islanders in the second round of the 1995 NHL Draft with the 41st pick. However, he would be traded along with Wendel Clark and Mathieu Schneider to the Toronto Maple Leafs. In exchange, the Islanders acquired Darby Hendrickson, Sean Haggerty, Kenny Jonsson and a first-round pick that turned into Roberto Luongo. He spent much of his career in the AHL only playing in 45 games in the NHL in three years tallying just two points in his time in the league. He also had many problems with injuries during his career.

The Senators made a great hire in Smith. With plenty of coaching experience, especially with young players, Smith is going to make an immediate impact on a very young locker room in Ottawa. With growing young players such as Brady Tkachuk, Ben Harpur, and Jean-Gabriel Pageau to name a few, Smith is the perfect fit in Ottawa. With his reputation as a player’s coach as well, he will be the perfect face to lead the charge to bring the Senators back. For now, he has the fourteenth overall pick in the draft to think about what his team can do.