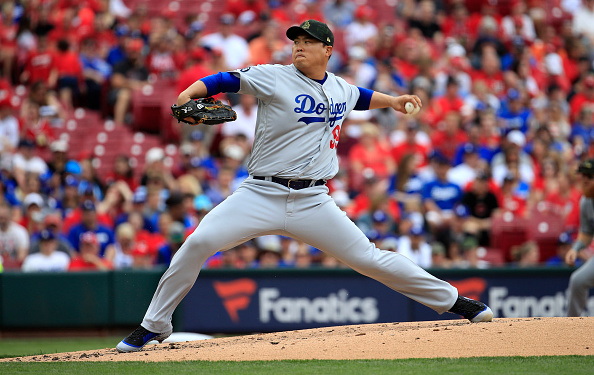 What if I told you, the best pitcher for the Dodgers this season has been Hyun-jin Ryu? Ryu has a record of 6-1, with a whopping ERA of 1.52, in 59.1 innings pitched.

Ryu should not only be in the All-Star game; he should be an All-Star starter. Ryu is off to a better start than Max Scherzer and Jacob deGrom. Two of the top pitchers in baseball. Ryu is set for a breakout season and a career-best year. He could be the player to put the Dodgers on top, and win the World Series, this season.

He’s in his groove now, pitching 31 scoreless innings, and his next matchup will be Saturday in Pittsburgh. Last time the Pirates saw Ryu was April 26th at Dodger Stadium, where Ryu looked sharp. He pitched 7 innings, allowed 8 hits, but just 2 runs and added 10 strikeouts. The Dodgers went on to win that game 6-2.

Last season Ryu dealt with injuries, but he still managed a 7-3 record and an ERA of 1.97. So this shouldn’t come as a surprise to most Dodger fans. He also did a phenomenal job in the playoffs and World Series.

Ryu is projected to finish the season with a 19-3 record, an ERA of 1.52, three complete-game shutouts, and 191 strikeouts, in 191.1 innings pitched, and 29 games. That would be tremendously impressive if he can maintain his play going forward.

If Ryu maintains this type of play, he should not only be an All-Star starter but win the National League Cy Young Award.