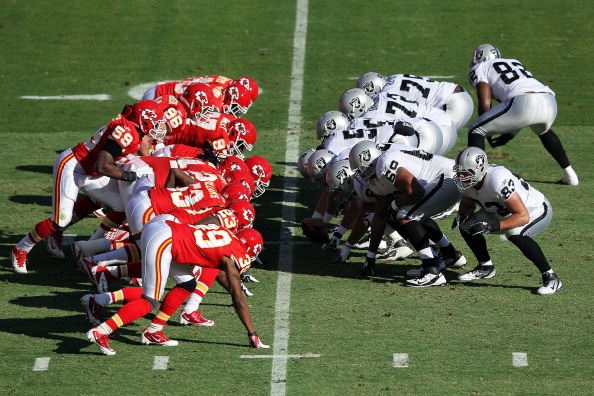 The Kansas City Chiefs haven’t always been failures, they won Super Bowl IV almost 50 years ago and have had successful times since, nothing yielding the coveted Lombardi Trophy, however, so in this article, I will go over year by year how and why they failed to get it done. Note: This is not to slander the Chiefs as an organization it’s to bring attention to their failures.

With an elite defense, a good offense and a good special teams unit, the Chiefs managed to book a date in the Wild Card round of the playoffs with the 11-5 Chargers who had won the AFC West, and the Chiefs were the runner up at 10-6. The Chiefs managed to hold the Chargers to zero points in the first half, but they were also held to zero points. It ended up being an absolutely dismal game for the Chiefs, quarterback Dave Krieg got sacked seven times, and the offense was held scoreless and the Chiefs ran out of gas and ended up giving up 17 second-half points and were defeated 17-0. This was the beginning of greatness for the team, as Derrick Thomas and Neil Smith both made the Pro Bowl, and so did their Kicker Nick Lowery was also selected to the Pro Bowl. The offense needed to step up though, so in the offseason, they got Joe Montana in a trade, and Marcus Allen came over to the team as well.

With Joe Montana at the helm, Marcus Allen running the ball, Neil Smith and Derrick Thomas terrorizing the opposing teams’ quarterbacks, the Chiefs managed to snatch the division out of the hands of the Raiders and Chargers to win the division at 11-5. Joe Montana and Marcus Allen made the Pro Bowl on offense, while Derrick Thomas made the Pro Bowl as did Neil Smith, who also took home first-team all pro honors as well. The Wild Card round was a difficult test, the 9-7 Steelers were coming to town and the game ended up going to overtime where Nick Lowery kicked a game-winning 32-yard field goal to win it. That advanced the Chiefs to the AFC Divisional Round, where they won 28-20 with a little Montana comeback magic. This advanced them to the AFC Championship Game, where they faced the Buffalo Bills, the three-time defending AFC Champions. They got pounded into the ground and lost 30-13, and this is where stuff starts to get bad with the Chiefs during their so-called golden era of the past 50 years.

In 1994 the Chiefs regressed, they went 9-7 after starting 5-2 and booked a date with the Miami Dolphins in the playoffs. All three of their Pro Bowlers were on defense and their offense was middle-of-the-road in the league at 14th out of 28. They lost to the Dolphins 27-17 after they choked away a 17-10 lead. It would prove to be Joe Montana’s last game in the NFL. The next year would bring better fortunes though, right?

In 1995 the Chiefs improved dramatically, going 13-3 and winning their division and booking a date with the Colts in the Divisional Round of the playoffs. With the Pro Bowl quarterback Steve Bono, Pro Bowl fullback Kimble Anders, and their defense doing great, as usual, they were expected to blow the Colts away. The exact opposite happened. The Colts shut down the Chiefs on offense, and the Colts forced the Chiefs to switch quarterbacks at the most crucial time, the fourth quarter. Rich Gannon came in and attempted to lead the Colts to a game-winning drive, where one of the most damning moments of the entire 90’s Chiefs era occurred. Lin Elliott missed his third field goal of the day to make him 0/3 on the day, and the Colts easily kneeled the ball down to win 10-7. It’s easy to pin the blame on Lin Elliott for missing three field goals, but the Chiefs offense was miserable and really didn’t set him up for the most ideal field goals (35, 39 and 42 were the distances he had to kick from), and it was also a windy and brutally cold night. Nonetheless, the Chiefs lost what would turn out to be their first home playoff game of many to come, and the next year wouldn’t get much better.

In 1996 the Chiefs regressed hard, they missed the playoffs entirely due to choking down the stretch and losing their last three games when all they had to do was win one to book a spot in the playoffs. The team fell off in nearly every single major statistical category. It was truly a year the team would like to forget, despite being at 9-7.

In 1997 The Chiefs recovered to another 13-3 record, with All-Pro defensive end Neil Smith gone, Derrick Thomas still made the Pro Bowl, and with the addition to wide receiver Andre Rison on offense, the Chiefs seemed to be primed for another Super Bowl run. Their division rival Broncos came to town, who were 12-4 in the regular season. and felt they had something to prove against the Chiefs. The Broncos did prove something, they ran the ball down the Chief’s throats, recording 109 rushing yards and two touchdowns in a 14-10 victory on the road. The Chiefs fans were beginning to grow tired of their organization’s offense failing them time and time again, and so was the defense who spoke out against the offense. Things really hit the fan after that.

In 1998 the Chiefs were dead last in the AFC West at 7-9, and they only had one Pro Bowler, their right guard Will Shields. The Chiefs regressed as a team, once again, but this time heads were taken, their head coach Marty Schottenheimer was fired, and their entire coaching staff outside of Kurt Schottenheimer were all fired too. This turned out to be the beginning of the end for the Chiefs.

The Chiefs recovered slightly in ’99, going 9-7, but it once again wasn’t enough to make the playoffs due to an OT loss to the Raiders in Week 17. It was incredibly deflating for the team, and they would seriously never recover for years after this. Derrick Thomas was another reason the team would never recover, he tragically perished in a car crash on his way to see the AFC Championship Game on icy roads. It was a tragic death that sent shock waves through not only the sports world but the world outside of sports because Derrick Thomas was such a great humanitarian as well as an outstanding person overall. The world truly lost a great human being that day.

With the turn to a new millennium, the Chiefs repeated their trends of a gradual descent into mediocrity by going 7-9 and finishing third in the division. A bright spot for the team, however, was tight end, Tony Gonzalez. He would have his first All-Pro selection, and quarterback Elvis Grbac made the Pro Bowl as well. Not much else went right, but those were some bright spots to look over. Head Coach Gunther Cunningham got fired also.

With Dick Vermeil giving it one last go as a head coach, the Chiefs went 6-10, and failed to impress anybody defensively speaking. On offense, running back Priest Holmes made All-Pro and so did tight end Tony Gonzalez. It’s almost ironic now that their offense has gotten their act together that their defense is lacking.

The Chiefs in 2002 went 8-8, and Dick Vermeil managing to convince the Chiefs to give him one more year, there were a lot of positives to look at. Priest Holmes finished top three in MVP voting, and made All-Pro again, Tony Gonzalez made the Pro Bowl, and Dante Hall was beginning to light it up on special teams. The teams future looked relatively bright.

The Chiefs improved dramatically, going their hallmark 13-3 once again, and they booked a ticket to see the Colts once again in the playoffs, and once again at home. But, they had a similar outcome to their last battle with Indy in the postseason, losing an offense shootout 38-31 against Peyton Manning and the Colts. This is where things began to decline again, but we’ll review that in the next article of this two-part series. The Chiefs sent eight players to represent them at the Pro Bowl, so things should’ve stayed good, but they certainly didn’t.

All in all, the Chiefs were one of the most all over the place teams in football, either they were really good or just flat out bad. They had only managed to win a few playoffs games during this span, despite having really good teams that were built for postseason play. It’s honestly surprising that they never won a Super Bowl or at least made it to one during this timeframe.

Hope you all enjoyed Part 1.