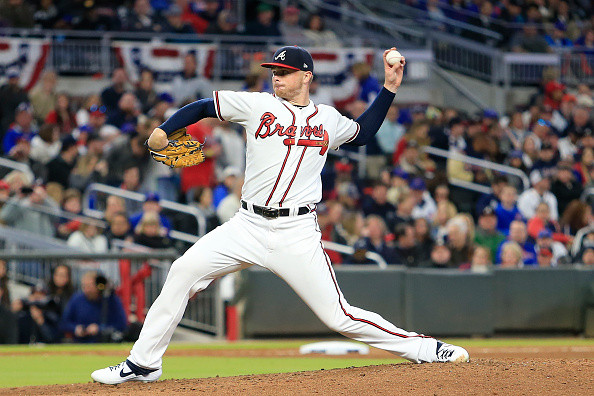 Saves. A simple category in all roto and category leagues across fantasy baseball to give relief pitchers value, yet, they are one of the most coveted and difficult to obtain. Check out this article to find the widely available closers and setup men you should be targeting in order to increase your saves total.

Another closer in Atlanta? It appears that could be the case as Luke Jackson blew yet another save on Tuesday night. After Newcomb picked up his first save on Monday, Jackson blew his fourth save of the season on Tuesday night. Since Newcomb’s move to the bullpen, he has not allowed a run in seven appearances. He has also managed to improve his control and cut down on walks while in relief. Newcomb is poised to become the new ninth-inning man for the Atlanta Braves and I would prioritize him in your fantasy leagues.

A new closer is poised to take over in Colorado with Wade Davis being placed on the IL for a few weeks. Rockies manager Bud Black informed the media that Oberg would serve as the primary closer while Davis is out. Obviously, this is a short-term option, but in deep leagues, any source of saves needs to be owned. There is some concern of a committee and it’s possible that Oberg could lose the job as he currently owns a 4.77 FIP. I would still take a flyer on him if you’re desperate for saves though.

It appears Shawn Kelley has regained his role as the de facto closer for the Rangers. Kelley picked up two saves in the past two nights after returning from the IL. Chris Martin no longer poses a ninth-inning threat. However, Kelley still has to deal with the looming return of Jose Leclerc as the closer. After struggling early in the season, Leclerc has been used elsewhere to sort out his issues and return to dominant form. For now, Kelley appears to be the man in line for all save opportunities, but that could change once Chris Woodward reinserts Leclerc.