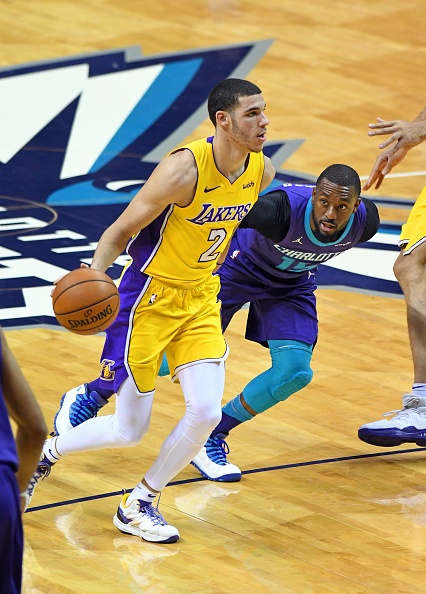 Last Tuesdays Draft Lottery helped give a better idea of what this NBA offseason will look like for the Chicago Bulls. The Bulls had high hopes of landing one of the first two picks in the 2019 draft but, unfortunately, the ping pong balls did not bounce their way as they were projected to grab the fourth slot. However, they found themselves with the seventh overall selection. That’s an unfortunate fall when you look at what Chicago is missing out on, one Zion Williamson and one Ja Morant. Either player would have been a key piece in a rebuild that has been marginally successful but is trending in the right direction.

Missing out on a chance to draft a franchise-defining player has lead the Bulls to look at other ways to improve their young roster. Terry Rozier of the Boston Celtics and Lonzo Ball of the Los Angeles Lakers have been mentioned as options, though neither is a clear upgrade over current Bulls’ point guard, Kris Dunn.

Acquiring Rozier could be done through free agency, but it’s unknown how highly Celtics GM Danny Ainge values the 25-year-old point guard. Boston also has their own questions at point guard moving into the offseason and are very likely to re-sign Rozier if (when) Kyrie Irving chooses to take his talents elsewhere.

For Lonzo Ball, the idea of a fresh start could be something he and the Big Baller Clan find appealing. Zo has had a slow and injury-riddled start to his career and has had some issues endearing himself to the Lakers fan base despite spirited representation from supporters and naysayers, alike.

Poor shooting combined with injuries, the rumor mill, as well as the big expectations placed on Ball from the beginning, have proven to be too much for the UCLA product. Perhaps, going to a team with a clear path for rebuilding and developing their young stars would allow the former second overall pick to become more acclimated to the NBA game and lifestyle. Lonzo is also entering his first healthy offseason as an NBA player and should, now, have plenty of time to train and prepare for his third campaign.

A move to Chicago would also, in terms of roster construction, be a much better fit than the current situation in Los Angeles. Pairing Lonzo Ball with Bulls shooting guard Zach LaVine would be a complimentary backcourt. Lonzo Ball is a player that feeds off of finding his teammates for open baskets, pushing the ball in transition, and playing stifling defense. Conversely, LaVine is a scorer with the ability to create his own shot and is a capable defender. The two side-by-side could be one of the best backcourts in the league a decade from now. This trade would allow Lonzo to grow as a player without the massive expectations of playing for the Lakers alongside, the best player on the planet, LeBron James. The Bulls would also be pairing Ball with the savvy wing scorers Otto Porter Jr and Lauri Markkanen, and athletic big man Wendell Carter Jr. Certainly an intriguing grouping of young players.

For the Lakers, trading Lonzo Ball for the Bulls’ 7th pick would help bolster a trade package for the New Orleans Pelicans Anthony Davis or another all-star caliber player, and the Lakers have made it no secret that they plan to land another superstar to pair with King James. The trade would give the Lakers a second top-10 pick in the 2019 draft. Presumably, Los Angeles would package their own 4th overall pick, Chicago’s 7th overall, Kyle Kuzma, and Josh Hart for Davis. Though at this point, a trade between LA and New Orleans seems unlikely given their falling out this past trade deadline, and Pelicans’ ownership being vehemently against any trade involving the Lakers. This would push the Lakers back into the free agent and trade circles, most likely involving the Washington Wizards Bradley Beal.

Draft Day could be very telling when it comes to the Lakers questions heading into the offseason. A trade with the Bulls, aside from potentially netting Los Angeles Anthony Davis, could signal that Jeanie Buss and Rob Pelinka feel strongly about other big-name free agents signing with the purple and gold. If the Lakers feel they can form a Big Three in Hollywood, all bets are off. And if you’re a fan of either storied franchise, you have something to be exciting for.