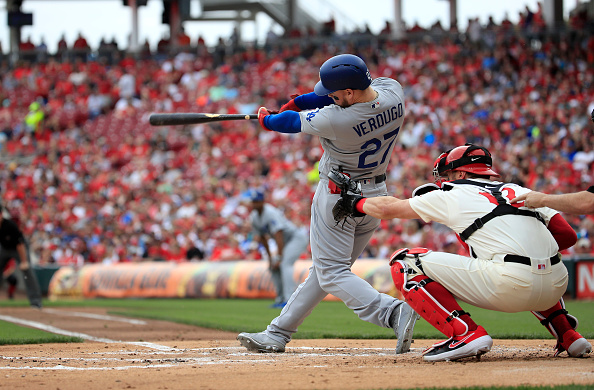 The former top prospect for the Dodgers, Alex Verdugo hasn’t had many opportunities to take over a starting role for the Dodgers. This season with the departures of Matt Kemp and Yasiel Puig (via trade) he has received more playing time and has flourished in his new role.

Not only is he a great contact hitter he is a plus defender in the OF. Verdugo has played all over the OF this season with seven games in LF, 18 in CF, and 17 in RF. With being moved around so much in the OF he still is a plus defender in which he has 9 Defensive Runs Saved, a 2.6 UZR, .922 RZR and a 2.1 DEF War.

Verdugo is only 23 years old, and he’s in a great position to find more playing time and make an impact offensively and defensively for the Dodgers. He’s been one of the best rookies so far this season, but in the ROY race, I think he’s behind Chris Paddack and Pete Alonso. If he can find his power this season and hit around 20 HRS he’ll clearly be in the running for ROY with how great he is defensively. He has the tools to have a long career and be part of the future for the Los Angeles Dodgers.