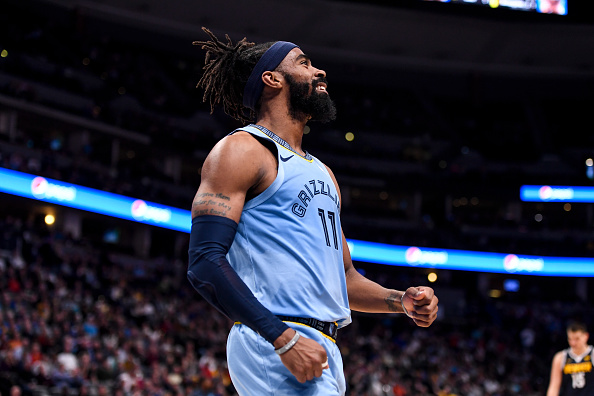 After jumping from Number 8 to Number 2 in the draft lottery, the Memphis Grizzlies are reportedly zeroing in on guard Ja Morant with the second overall draft pick. With the Grizzlies eyeing Morant, it could mark the end of 12 year veteran guard Mike Conley‘s career in Memphis. To clear up more playing time for the rookie point guard, and possibly tank for next year’s draft class, there’s a great chance the Grizzlies will entertain talks for the veteran guard this summer.

According to Sean Deveney of Sporting News, the Miami Heat could be interested in pursuing the Grizzlies point guard.

League sources told Sporting News this week that one team to watch in the Conley hunt is Miami, which is waiting on Goran Dragic’s decision on his $19 million player option for next year. Heat president Pat Riley has long coveted Conley – Miami was interested in signing Conley before he re-signed with Memphis three years ago – and still wants to bring him to South Florida.

The Heat have the No. 13 pick in this year’s draft, but with a hit-or-miss field of prospects beyond the first few picks, Miami is willing to move the pick to wring one more run out of its current roster. Memphis would have to be willing to take back some unwanted salary, but the Heat are likely the only team that would offer a lottery pick for Conley.

The combination of Conley’s age (32 in October), injury history, and his huge contract ($32.5 million next season and $34.5 million in 2020-21) could make a deal less appealing for teams. But if Pat Riley is truly considering making another run with this roster, as Deveney notes, then it’s possible they would go for it. Whenever Conley’s been healthy, he’s proven he can perform at an all-star level, despite not making the all-star teams.This season, Conley averaged 21 points, 3.4 rebounds, and 6 assists per game. But after  February’s NBA trade deadline passed, Conley averaged 25 points and 6.4 assists per game over his final 15 games.

Does this mean a trade is likely? No. But the Heat are exploring every option they can to improve their roster.