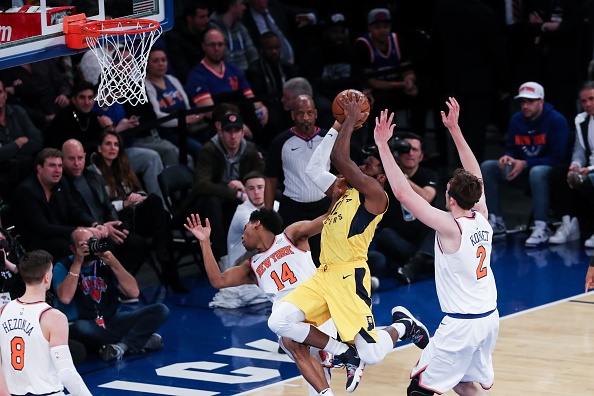 In the past week, the news has been awash with reports of players being suspended or kicked out of their league. Patrick Peterson who plays for the Arizona Cardinals in the NFL was given a six-game suspension. Tyreke Evans who played for the Indiana Pacers was disqualified and suspended  NBA for two years for testing positive for “drugs of abuse”. Geir Helgemo was suspended until November by the World Bridge Federation – the card game for violating their anti-doping rules.

Performance Enhancing Drugs (PEDs) use is screened for by all of the major professional and amateur sports leagues and institutions.  Each entity sets its own rules and regulations and these are agreed upon when collective bargaining agreements are ratified with the professional leagues when an institution or governing body decides to compete in a particular discipline or when an athlete decides to pursue competing in events such as the Olympics and Paralympics.

Policies currently in place vary depending on the league involved.  Here are links to the policies that have been made public.

World Anti-doping Agency – (WADA) Used by both the NHL and the MLS.  Players are referred to guidelines detailed on WADA resource for details in their CBA with leagues.

What are Performance Enhancing Drugs?

Frequently fans of any major sport hear the term Performance Enhancing Drugs bandied about. Before discussing the different categories, a general definition would probably be helpful. Most people assume performance-enhancing drugs are the same thing as illegal drugs sold in dark alleys and other unsavory places. While these are covered by the policy there is a lot more than just that involved in these policies. According to the Merriam Webster Dictionary – a substance (such as an anabolic steroid, human growth hormone, or erythropoietin) that is used illicitly to improve athletic performance. Sounds simple enough, Right? WRONG!!!! Policies on what is and isn’t a performance-enhancing drug or procedure keep lots of people up late and drive officials, coaches and players crazy. There have even been Congressional Hearings on the subject.

Anabolic steroids taken by athletes for athletic prowess are taken at much higher doses than would be used in normal medical prescriptions. As a result, the risks are also greater. Men who use steroids may develop more prominent breasts, infertility, prostate gland enlargement, and shrunken testicles. A woman may experience an irreversible deeper voice, an irreversible enlarged clitoris, modification or cessation of menstrual cycles which can lead to increased risk of ovarian cancer, a modification in body hair either more or less. Yes, a woman can go bald from using steroids. Athletes of both sexes have experienced hepatic tumors, liver abnormalities, increased blood pressure, severe acne, increased risk of tendon ruptures and slower healing of ruptures, increased levels of low-density lipoprotein (LDL) – BAD cholesterol, decreased levels of high-density lipoprotein (HDL) – GOOD cholesterol, heart and blood circulation problems including early myocardial infarctions and strokes, aggressive behaviors, depression, drug dependence, and infections associated with other injected drugs like HIV and Hepatitis.

Substance abuse and misuse has been around since ancient times. Technology is constantly being developed to try to combat misuse. I suspect it will continue to be a back and forth battle between the users and suppliers and those who are tasked with scientifically identifying who has used and what they used to try and get a competitive advantage.