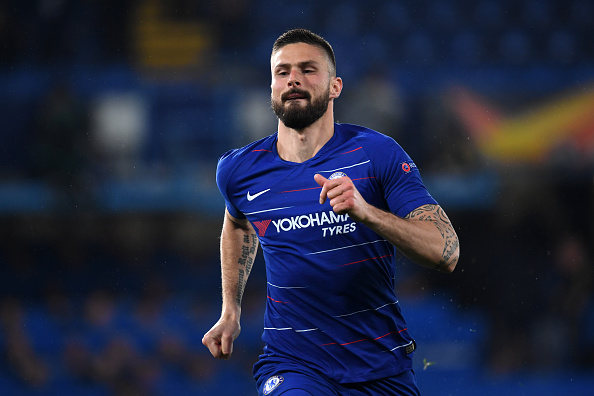 First organized by UEFA back in 1971, the Europa League is a club competition for European teams based off performance in their respective leagues. Although the tournament occurs simultaneously with the Champions League, many of Europe’s top flight clubs participate regardless.

As for the Europa League Final, scheduled for May 29th at Baku Olympic Stadium in Azerbaijan, a London derby is on the cards as Arsenal F.C. and Chelsea F.C. are set to face off in the coveted championship game. In addition, the victor will also be awarded entry into the Champions League next year.

With kickoff less than a couple of weeks away, this one’s shaping up to be a good one considering the history between these two sides. Both teams will be coming off of stellar Europa League campaigns and there’s quite honestly not much separating the London clubs on the account of their vastly talented rosters. So to help make sense of it all, without further ado, here’s a preview of the positional advantages heading into the cup tie.

Getting right into it, Arsenal’s strongest case is made here on the offense.

Featuring in the attack, strikers Pierre-Emerick Aubameyang and Alexandre Lacazette have been absolutely brilliant for Arsenal. The prolific pair have together tallied a total of 49 goals and 13 assists across all competitions last season; Aubameyang’s league-leading 22 Premier League goals also earned him a Golden Boot award.

With that being said, Chelsea aren’t too far away in this sense, considering they have the top Europa League goalscorer in Olivier Giroud and the ever-talented Eden Hazard. Still, the striking partnership for Arsenal is one of the best in world football. Aubameyang and Lacazette’s agility make them deadly within the 18-yard box as well as wherever else they see fit to shoot from. A high-scoring result is a very realistic possibility in this one.

Of all of the advantages, this one is the most even-split – especially with the amount of difference makers and depth each side boasts at the middle of the pitch.

Chelsea’s N’Golo Kanté and Jorginho will look to maintain possession for The Blues. It’s also worth mentioning that Kanté is currently dealing with a hamstring injury, but for the moment reports project a return in time for the cup tie.

As for the Gunners, Granit Xhaka and Lucas Torreira will be featured at the middle of the pitch. Both players have recently come into form with solid performances as of late, but lining up in front of the two will be the key component to Arsenal’s midfield – their star playmaker: Mesut Özil. Both teams will put on a good show as they’ll fight hard for control of possession, but Arsenal gets the slight nod because of their midfield’s ability to also contribute on the offense.

Similar to the ‘Attack’ section of this preview, this position has to outright go to Chelsea.

A recurring narrative with The Gunners’ defense is that they’ve been inconsistent and prone to harrowing mistakes at times. This could be chalked up to the several injuries currently plaguing Arsenal’s defense, but the perceived advantage is more so because of the quality that Chelsea boasts at the position.

For years center back David Luiz and fullback César Azpilicueta have been stalwarts in the defense. The pair highlight a more formidable shape at the back line, whilst also inspiring the occasional run forward to help create on offense. Altogether, each end of the pitch will offer the most exciting match ups to watch during the cup tie in Baku.

Back in early August, Chelsea signed their goalkeeper of the future in Kepa Arrizabalaga – the successor to Thibaut Courtois who had left London for Madrid this past offseason. The deal included the highest fee ever paid for a goalkeeper, and the Spaniard will be playing in the most important game of his career come May 29th.

Protecting Arsenal’s goal will be the Premier League legend Petr Čech, who holds the league’s record for the all-time most clean sheets with 202. Čech is nearing the end of his career and he’ll surely want to put on one last memorable performance – especially against his former club of Chelsea. More than a decade separates these two keepers’ age, so we’ll side with the veteran that has championship experience in this scenario.

Continuing once more with Arsenal’s theme of injured players, this particularly effects their bench depth. In addition, they’ll also be without Armenian midfielder Henrikh Mkhitaryan due to safety concerns. With the cause for concern being the ongoing political tensions between the neighboring countries of Armenia and Azerbaijan, it seems that Arsenal will be traveling without Mkhitaryan this time around; several similar incidents have also occurred, in the past, to players participating in such European competitions.

Meanwhile, Chelsea simply have several other big-name players to call upon and have shown to field substitutes that offer an immediate impact to their game. For Chelsea’s head coach, Maurizio Sarri, he’ll have a harder time starting who he believes is The Blues’ best eleven. As for The Gunners’ head coach, Unai Emery, it’ll be easier to project his starting XI as he’ll have to make do with Arsenal’s available…arsenal.