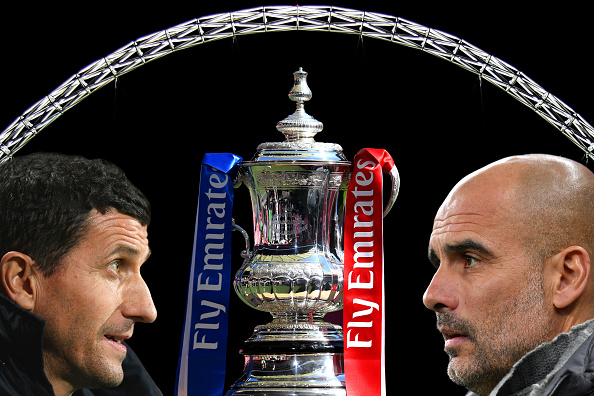 Manchester City and Watford have met six times in the FA Cup, with the Blues winning three, drawing two and losing once.  It’s not been the easiest of routes to the final, for City down 2-0 at Swansea City in the quarter-finals. They were able to creep back into that contest, winning 3-2. The Swans were dominated for the most part outside of the scoreboard. But credit to them, they were able to score on each of their shots on target.

To get to this final, Watford needed to push aside Woking, Newcastle United, QPR, Crystal Palace, and Wolverhampton Wanderers. It has been a number of years since they have gotten to this level. In fact, the Hornets reached only their second FA Cup final in their 138-year history and its first since 1984 when they lost to Everton, 2-0. In order to get to this current final, they would produce one of the greatest-ever comebacks, in the history of this tournament. In the semi-final to Wolverhampton. They needed to erase a two-goal deficit to book their return to Wembley.

Super sub, Gerard Deulofeu was crucial, in beginning the turnaround. Deulofeu would get Watford on the board, in the 79th minute. Troy Deeney would net an equalizer in the 94th-minute on a penalty shot, putting the game into extras. Deulofeu would need to create some more magic, putting the eventual game-winner by John Ruddy. Just four minutes into the overtime.

Manchester City enters this Final, looking to become the first team to win the English domestic treble, having already won the Premier League title and EFL Cup this season. This will their 11th appearance in an FA Cup Final, having won five of them. Their last final appearance was in 2011, in which they lost 1-0 to Wigan. History does certainly appear to be on the Sky Blues side. They have gone on a 14 game unbeaten streak, versus Watford. Their last defeat, having been thirty years ago. Gabriel Jesus and Phil Foden have each contributed three goals apiece in this FA Cup tournament, to lead Manchester City.

Fernandinho is still out with a knee injury and should be doubtful for the FA Cup final. Sergio Agüero should start up top, with Raheem Sterling and Bernardo Silva on the left and right wings respectively. Kevin De Bruyne could be looking for a starting place after he came on as a substitute during City’s 4-1 league title-clinching win at Brighton & Hove Albion. If De Bruyne does play, expect him to be paired alongside David Silva. On the backend, Vincent Kompany, Aymeric Laporte, Kyle Walker, and Oleksandr Zinchenko are likely to start. Zinchenko put in a superb performance, in his last Wembley Cup final and on Saturday, should be expected to bring more of the same.

For Watford, Deulofeu looks set to make a return on Saturday.  There were worries he could miss this crucial match. When he was injured during Watford’s 4-1 loss to West Ham United on the Premier League’s final day. He should start up top next to Troy Deeney, with Will Hughes, Roberto Pereyra, Abdoulaye Doucouré and Étienne Capoue manning the midfield.

José Holebas, Kiko Femenía, Christian Kabasele, and Craig Cathcart seem likely to be playing on defense. Holebas was fortunate enough, to have the red card he received against West Ham, overturned on appeal. Heurelho Gomes is expected to come in, and take over as goalkeeper, replacing Ben Foster for what is expected to be Gomes’ swan song before he retires in the summertime.