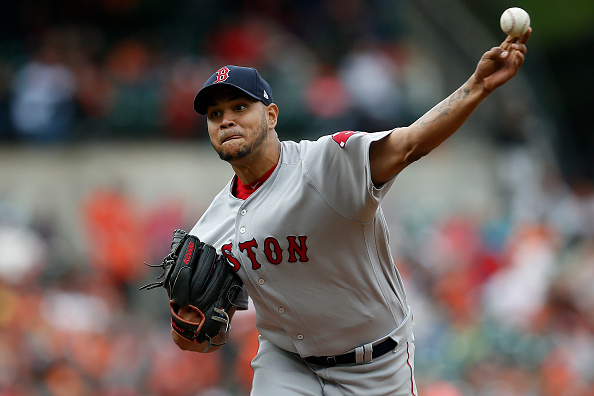 Eduardo Rodriguez entered the league back in 2015, and it feels as if we have been waiting for him to breakout forever. However, it is important to remember that he is still only 26 years old. The young lefty has tantalizing stuff that has drawn the attention of fantasy owners each draft season and boasts a devastating change-up as his out pitch. The problem for Rodriguez is that he has been unable to stay healthy for a full season, throwing a career-high 137.1 innings back in 2017. If he could just stay on the field, he could put up impressive numbers. I took a deep dive on Rodriguez and the results are promising.

Rodriguez has improved in a number of categories this season. His control has been a bit better, as his BB% has fallen from 8.1% to 7.3%. He has also induced more whiffs, as his SwStr% (Swinging Strike Rate) has increased from 11.1% to 13.2%. However, his K% has actually fallen from 26.4% to 25.7%, which represents a buying opportunity for the savvy fantasy owner. SwStr% has a strong correlation with K%, which means that Rodriguez should be able to start to rack up some more strikeouts as the season progresses. One of the main reasons for this increased SwStr% is due to the addition of a curveball to his arsenal. Rodriguez has thrown the curve only 4.2% of the time, but the pitch has a 40% whiff rate. This new pitch is a promising development for the young lefty.

Rodriguez should be available at a discount right now because his surface stats are underwhelming and he currently sports a 4.89 ERA and 1.43 WHIP. These inflated numbers are due to some bad luck. Rodriguez has a 3.50 xFIP with a 65.3 LOB% and .364 BABIP, which means that he’s been unfortunate with batted balls. This is evidenced by the fact that opposing hitters are barreling the baseball at a much lower rate this season, as his Barrel% allowed has decreased from 6.7% to 4.2% and his Hard Hit% has fallen from 32.7% to 26.4%.

When we look for a pitchers to target, we pose the following questions:

Eduardo Rodriguez checks off all of these boxes and is a prime SP target right now. BUY!