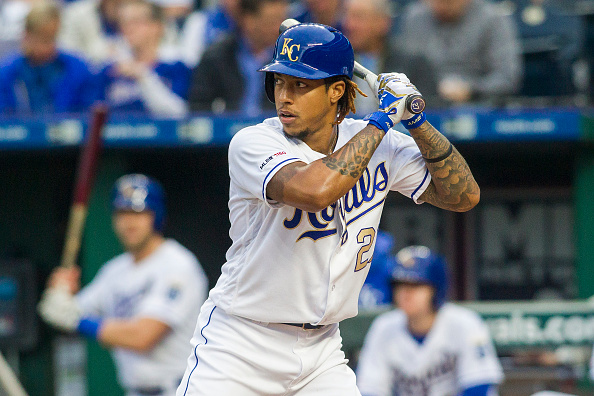 We have some afternoon baseball today as well as evening games. For this write up the matinees as well as the evening games will all be included. Games start at 1:00 Eastern so be sure to submit your entries on time. No real threat of rainouts other than a possibility of light rain in the Blue Jays and White Sox tilt at Progressive Field. Let’s go for a trip Around the Horn!

The two highest priced pitcher on the all-day slate are Trevor Bauer and flame-thrower Luis Castillo. Bauer gets the slight edge for me based on each players opponent. Bauer draws the Baltimore Orioles while Castillo faces a better hitting team in the Chicago Cubs. The two are virtually the same price, the $200 extra for Bauer is warranted but both appear to be the best pitchers of the day.

We all know that Ramirez is prone to starting the year off slow but this matchup appears to be a good one for Ramirez and the Cleveland Indians. At this price, Jose is difficult to pass up. Right-handed Orioles starter Dan Straily has been dinged up to the tune of an 8.23 ERA with a 1-3 record in six starts. As a team, the Orioles have the worst ERA in baseball to date at 5.44. Targetting multiple Indians today is a good strategy.

The switch-hitting middle infielder continues to impress leading the league in stolen bases with 15. The Texas Rangers have allowed a boatload of runs this season so some sort of Royals stack is definitely in play. The likes of Whit Merrifield, Alex Gordon, and Jorge Soler, amongst others, should all draw your consideration.

Gordon continues to have a fine season(.295 AVG, .921 OPS). Kauffman stadium is usually considered a pitchers park but it profiles a bit better today given that temperatures could reach 88 by 4 pm. The wind could be blowing out as much as 15 mph during gameplay. Gordon against Rangers starter Lance Lynn is 10-for-19, with a 1.150 OPS.

Choo appears to be in good form putting up very respectable numbers to date, .288, 5 HRs, .885 OPS, 8.6 PPG. Rangers are hitting a combined .291 in 55 at-bats versus Royals starter Homer Bailey, they have taken him deep six times. Choo, in a small sample size of at-bats, is 3-for-8 with a 1.170 OPS. Keep an eye on the Rangers lineup before submitting as there is the possibility that Willie Cahoon gets the nod to play the outfield/ DH.