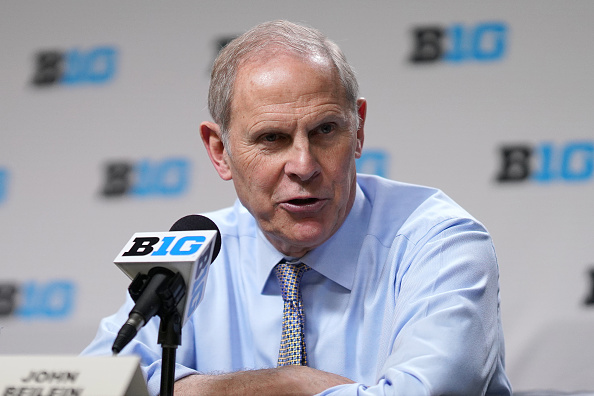 As the old saying goes -“you don’t know what you’ve got, until its gone.” Anyone that is remotely associated with Michigan can feel that sentiment hit a lot closer to home now that John Beilein is moving onward to the Cleveland Cavaliers. It leaves quite a hole behind that the Wolverines will not soon forget.

Wish the video ended with "University of Michigan," but @JohnBeilein's earned this opportunity. pic.twitter.com/GoiVkV2tO0

In 2007 Beilein began his tenure by taking over a program that was fighting for national credibility after the firing of Tommy Amaker. His first squad stumbled out of the gates to a 10-22 season, but in year two Beilein’s bunch recorded a monumental program-changing victory over #4 UCLA on November 20, 2008. Nearly two weeks later they stunned #4, Duke. In March of 2009, the Wolverines earned a seven seed in the NCAA Tournament and went on to a 21 win campaign. From those imperative moments on, Michigan Basketball became a force to be reckoned with on the College Basketball scene.

His teams were confidently led by small-time recruits who worked their way into household names thanks to his tutelage. That list included guys like Zack Novak, Stu Douglass, Muhammad-Ali Abdur-Rahkman, Spike Albrecht, Jordan Morgan and more. While being taught under Beilein they reached pinnacles that Michigan Basketball hadn’t seen since the Fab Five era. Striving for Big Ten titles, beating rivals like Michigan State, Ohio State, and others happened more frequently, while deep runs in the NCAA Tournament were once again all the norm in Ann Arbor.

Former players at Michigan mutually agreed that Beilein set a standard of excellence there and it showed routinely. He famously ran a clean program in an age of uncleanliness throughout the NCAA. Assistant coaches even learned from coaching with him and they now lead their own respective clubs. His son Patrick is currently following in his father’s footsteps by taking the main gig at Niagara and working his way up the coaching ladder as well.

On John Beilein to Cleveland: During my reporting on the college basketball federal investiagation, one integral source described the former Michigan man as: “The only high-major head coach I’m sure has never cheated.” For him to leave college hoops is pretty telling.

Overall Beilein accomplished two Final Four’s, two National Championship appearances, two Big Ten regular season and tournament titles, 278 total wins at the University and countless other achievements. He also tutored nine NBA draft choices and 18 all-Big Ten selections in that 12-year span. Those goals are now what is expected for the present and future of the program. He leaves the school in undoubtedly better shape than when he was hired for it. He’ll go down in Michigan lure as the greatest coach to ever walk the halls of the Crisler Center. The Wolverine faithful will forever be grateful for what Beilein did for a predominantly often labeled football school. Whomever Athletic Director Warde Manuel brings in to replace the transcendent coach will unquestionably have overwhelming shoes to fill.

From everyone who loves and lives for Michigan – Thank You for everything that you have done for Michigan Basketball and best of luck to you in Cleveland.