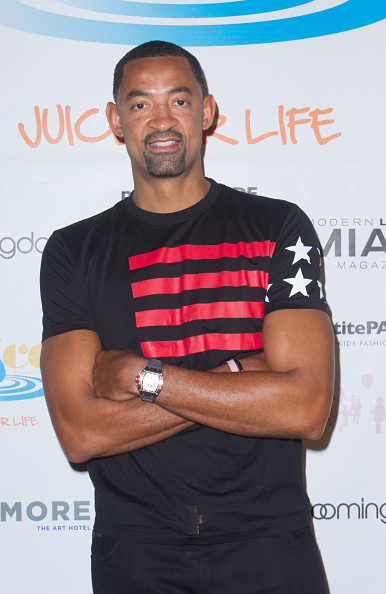 Miami Heat assistant Juwan Howard will interview for the head coaching position in Minnesota this week, according to ESPN’s Adrian Wojnarowski.

Howard has interviewed for the openings with the Los Angeles Lakers and Cleveland Cavaliers before both spots were filled. Wojnarowski notes the Heat assistant will likely meet with Minnesota Timberwolves President Gersson Rosas in Chicago during the NBA’s draft combine.

Another position Howard’s been linked to is the University of Michigan after head coach John Beilein surprisingly left the Wolverines to join the Cleveland Cavaliers. Howard played at Michigan from 1991-94 and was a member of the ‘Fab Five’ that included Chris Webber, Jalen Rose, Jimmy King, and Ray Jackson. He doesn’t have any head coaching experience with any college or NBA team. However, he’s spent six seasons with the Heat as an assistant and has earned respect from players.

Juwan Howard is widely respected in the NBA and viewed as an up-and-coming coach. Has spent past six seasons as Miami Heat assistant. No college experience, but could be prime target for Michigan.

After a couple of interviews over the past year, it’s clear Howard could get an opportunity sooner or later. It’s just a matter of when and where that opportunity will come from.