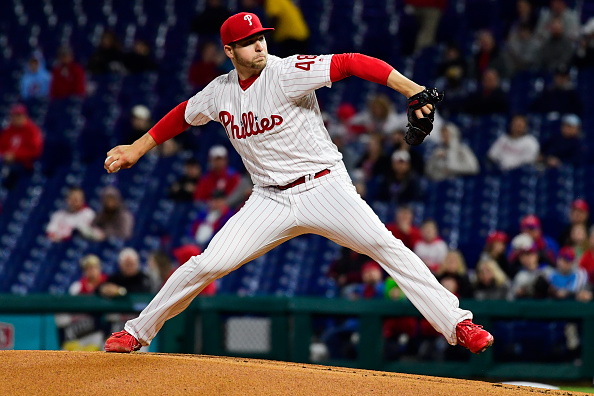 Pitchers are a fickle thing. The injuries they sustain can be sudden and yet season- or career-altering. It’s hard to depend on them in a long fantasy season, especially when even the most seemingly durable workhorses can go down in a snap. But, injury begets opportunity. As more stalwarts go down, lesser-owned pitchers get opportunities to shine. And thus, streaming becomes more and more viable a practice, although also the playing field becomes more muddied. So here are the options for the Tuesday-Thursday games.

Eickhoff is another pitcher who is probably one good start away from graduating from this list entirely. To be honest, I was kind of surprised to see him on it, yet there’s a little reason to be skeptical of his recent success. A guy who has always had a decent strikeout ability (career 8.22 K/9) and control (career 2.60 BB/9), he has also had a bit of a home run problem (career 1.14 HR/9). So far this season, however, he’s ratcheted up the strikeouts (9.30 K/9) and hasn’t allowed a home run yet. With all that in mind, this is the last chance you’ll be able to use Eickhoff as a streamer this season. He might end up in the stream and hold category if you need the extra arm for the rest of the year.

The Wednesday matchups are ugly. There’s little chance for streaming here. My only suggestion will be to use whoever Tampa Bay uses here, especially if there’s an opener and bulk reliever situation here. Jalen Beeks has been fantastic in the role so far this season, owning a 9.00 K/9 and an ERA at 2.48. If he gets the opportunity here, he has a prime matchup against the Marlins. They hit at a 74 wRC+ at home and a 65 wRC+ against lefties. Here’s to hoping we get Beeks day on Wednesday.

Others Receiving Votes:
NO ONE ELSE