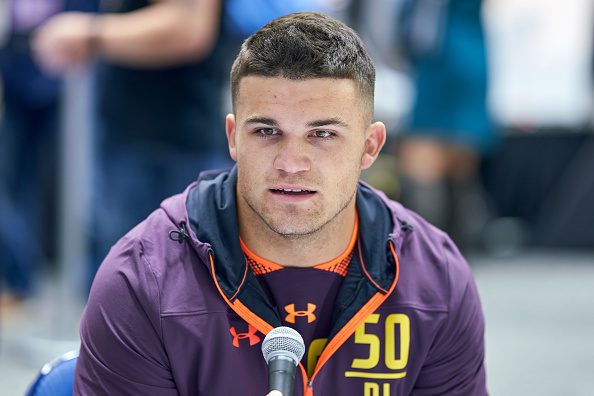 The Pittsburgh Steelers had themselves a fairly significant draft. They moved up in the top 10 for the first time since they drafted Plaxico Burress eighth overall in the 2000 draft. They got their man Devin Bush, a stud middle linebacker out of Michigan, but enough about the big splash. Let’s talk about what I found to be the most significant pickup in the draft.

Sutton Smith (I know, get all your yucks out now). This kid drafted in the sixth round out of NIU is going to be a special teams animal with his quick burst of speed and the ability to tackle (112 total tackles over his career). The Steelers last year ranked fifth worst in punt defense, in general, giving up 8.1 yards per return and a total of 252 yards overall.

Another area he could be used is as a pass-rushing specialist. With an astronomical sack total over his career at 32, it’s safe to say he knows what he’s doing. Despite his size (6’0 233 lbs.) Smith is a heady player and can use proper angles and lanes to make up for his lack of capacity. With a 4.69 40 time, he has the burst and speed to move down the field.

Long story short I think Kevin Colbert and Mike Tomlin got it right this year. With five out of nine picks coming on the defensive side of the ball with Bush, Smith, Justin Layne Isaiah Buggs, and Ulysees Gilbert III, it was clear they had high priorities to fix Keith Butler‘s personnel. It is going to be interesting to see what kind of impact these guys have in the first preseason game, especially Sutton Smith.