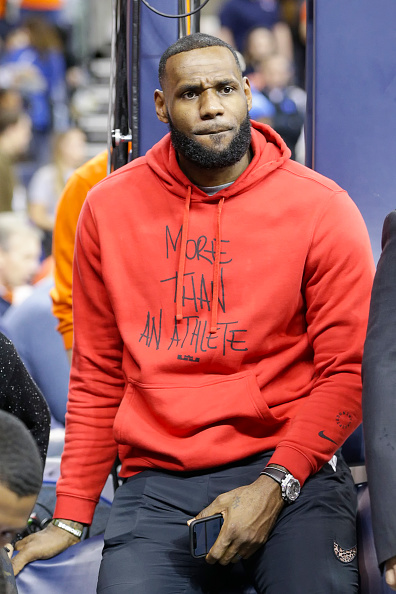 The Lakers are a mess right now.

First, there was Magic Johnson abruptly stepping down from his front office position. Then, there was the coaching stall with Lebron James’ former coach Tyronn Lue, who reportedly turned down the Lakers’ three-year $18 million offer. What’s even crazier is the idea that the Lakers should trade Lebron James, who doesn’t have a no-trade clause in his contract.

During a recent appearance on Sportscenter, ESPN commentator Stephen A Smith reported that people close to Los Angeles owner, Jeanie Buss, are actually telling her to trade LeBron. Just how likely is that to happen? Bovada just released its odds on Thursday.

While the Lakers remain the heavy favorite to keep James next season at -600, the Knicks and Clippers are the next most likely landing spots at +700. LeBron’s former teams, the Cleveland Cavaliers and Miami Heat, are tied for the fourth best odds at +1000. The Chicago Bulls, meanwhile, are at +1500 and the Indiana Pacers are at +1800.

Unlike the Knicks, Clippers, and Pacers, the Heat lacks the cap space to absorb Lebron’s salary. So, they’ll have to trade for him. They’ll probably have to offer Justise Winslow, Josh Richardson, Hassan Whiteside, and a first rounder to even start the conversation. Although unlikely to happen, a Lebron trade to the Heat would create huge storylines.

It’s still a long shot that Lebron plays anywhere else next season. We’ll see what happens.