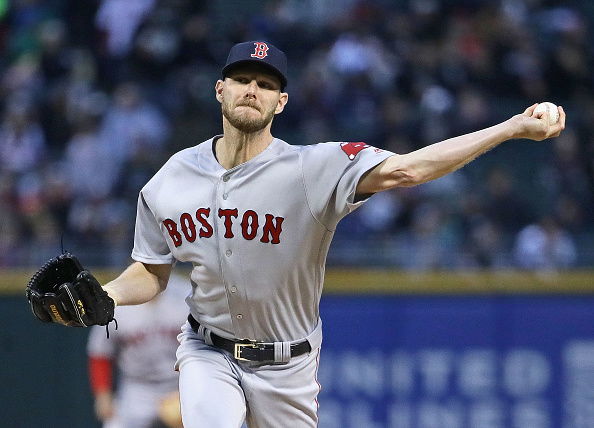 Chris Sale – Even though the Boston Red Sox ace still has an unsightly 5.25 ERA, he has been looking like his old self recently. After giving up 17 ERs in his first 18 innings this year, Sale has settled in and has given up just four ERs in his last 18 IP. He also has a 28/6 K/BB rate in his last three starts. Plus, let’s face it…the Orioles stink.

Matthew Boyd – He has been very good this season with a 57/11 K/BB rate in 44.1 IP and has only surrendered two HRs all year. The Los Angeles Angels haven’t exactly been killing the ball this year either as they are in the bottom five in most offensive categories in the American League. Although the Angels don’t strike out much as a team, I would take the K upside with Boyd. Look for the ball to stay in the yard as the wind will be blowing in from left field at about 15 mph in Detroit.

Sonny Gray – He has been decent this season and has shown flashes of his past production. Gray has been very good away from the Great American Ballpark with a 21/4 K/BB rate and has only surrendered one HR in 17.2 innings on the road. Facing his old team in Oakland should give him a little extra motivation. The A’s have only scored more than four runs once in their last 10 games so they are ripe to be dominated by an old friend.

Boston Red Sox – The Sox have been getting back to their old ways. They are in the top five in OBP, runs, and hits. They have also only struck out 294 times which is also good for fifth best in the AL. Andrew Cashner is not good with his 4.71 ERA and 3.7 BB/9. He also gives up 1.5 HR/9 and strikes out a minuscule 6.9/9.

Minnesota Twins – They have been rolling and have shut down the Toronto Blue Jays the past two nights. The offense has been stellar. The Twins lead the AL in SLG% at .487, lead the league in doubles with 72, and are second in OPS at .810. Trent Thornton has been ok this season but the experience and patience of the Twins will get to him like they did on April 17th when Thornton only lasted 4.2 innings.

Nolan Arenado – He has kind of a small sample size against Holland but in 15 PAs he is 4-10 with five walks and only one strikeout. He also has hit two bombs off of the Giants’ lefty. The game is in Coors Field and we know that Nolan can explode and generally kills it at home especially against lefties.

Miguel Cabrera – I’ve been liking the strategy of paying down at the first base position lately, using it much like the catcher position. Cabrera has hits in six straight games and can still hit lefties very well. His only home run this season came against a lefty and he has a 528 wOBA and 240/wRC+ against them this season. He is also 4-6 with a HR against Tyler Skaggs.

Trey Mancini – Here is a great contrarian play. He should be low-owned due to the fact he’s facing Sale. Mancini is a bright spot though in the Orioles lineup. He’s hitting .326 with a .930 OPS this season. As far as head to head against Sale, Mancini is actually a respectable 7-19 with three extra-base hits.