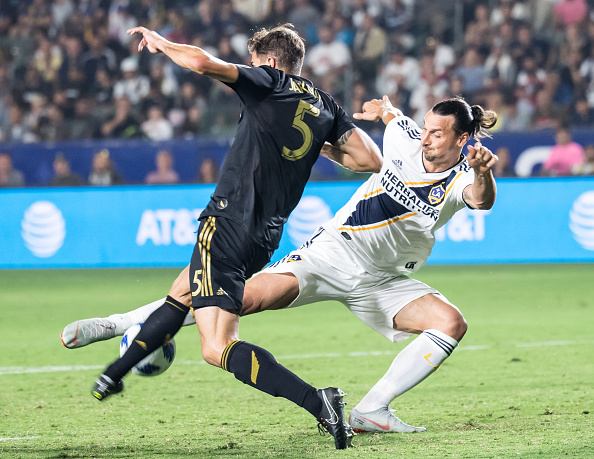 No, it’s not because we’re neighbors with Brad Pitt and Denzel Washington since Hollywood is a hop, skip, and a jump away. Nor is it because we’re all aggressive drivers, stuck in the most congested city in the world. But there just might be something in the water, of our stereotypical sun-kissed beaches, that’s causing the most recent success of both of Los Angeles’ premier soccer clubs.

Per this article’s title, the Los Angeles Galaxy and Los Angeles Football Club sit atop MLS power rankings as the two teams with the current most league points. As of last week, LAFC is first in the Western Conference standings with 24 total points, whilst the Galaxy is in second with 22 points and a game in hand.

Although the 2019 season is still fairly young, both teams have begun their new campaign at a record-breaking pace. And considering that the city of Los Angeles has been a bit of an MLS non-factor in recent years, it begs the question: how did we get here?

The Perfect Mix of Foreign and American Talent

Sure, it’s easy for big foreign names like Zlatan Ibrahimovic and Carlos Vela to grab headlines, especially when they score goals at the current actual rate they are. However, it’s the U.S.-born players that keep the teams’ shape and have equally produced for their sides.

With eleven LAFC goals to Vela’s name and nine for Galaxy’s Ibrahimovic, these two star forwards not only lead their respective teams in scoring but also lead all scorers throughout the MLS. But as important as the ‘Goals For’ stat is, the ‘Goals Against’ stat is just as crucial, if not more. Allowing less than an average of 1 goal per game, both Los Angeles teams can look no further than their majority-American defenses.

Particularly, the goalkeeping position has stood out at the team and league level. Being able to experience first-hand, Galaxy goalkeeper and California native, David Bingham flying through the air has been nothing short of amazing. Through nine starts, Bingham has managed 31 saves and 3 clean sheets to his name. For LAFC, goalkeeper Tyler Miller has also been spectacular. In the ten games he’s played, Miller has made 23 saves and also earned 4 clean sheets. In addition, LAFC started only U.S. defenders during their match against Western Conference third-place Seattle Sounders; as a result, the team took 21 total shots and allowed only 4 from the opposition, further proving that the recipe for success is a well balanced multinational composition.

Even if the Galaxy and LAFC employ technical staffs that aren’t necessarily world-renowned, when compared to European clubs, for instance, the coaching remains elite and more than familiar with the sport.

Jovan Kirovski, technical director of the LA Galaxy, has played and learned from the best throughout the entirety of his professional career; which includes signing with Manchester United, Borussia Dortmund, and eventually Galaxy. In 1997, he became the first American to win the UEFA Champions League and the first to score a goal in the prestigious competition. Kirovski is tasked with scouting players, both locally and abroad, evaluating team staff, and establishing relationships with the clubs Galaxy come into contact with. Working alongside the technical director in managing the team is the head coach himself, Guillermo Barros Schelotto. The Argentine began his managerial career back in 2012 and joined Galaxy this year after a successful 3-year stint, which included 2 league championships, with famed Primera Division club Boca Juniors. Fun fact: you aren’t seeing double on the game day touchline, that assistant coach doppelganger is, in fact, Guillermo’s twin brother Gustavo Barros Schelotto.

In terms of managerial expertise, however, LAFC has the advantage in hiring former USMNT head coach Bob Bradley. Now leading the Black and Gold, Bradley began coaching professionally in 1996 and has managed American, European, and national squads alike. His assistant coach is an all-time MLS great in California native Ante Razov. As the franchise leading goal scorer for Chicago Fire (76) and Chivas USA (30), Razov epitomizes professional soccer in America. Altogether, these technical staff members are a highly distinguished bunch that complement their teams and each other greatly; enough so to be able to lead both of Los Angeles’ top clubs to the peak of current MLS standings.

Take it from big clubs’ academies, like La Masia of Barcelona and the youth ranks of AFC Ajax, a focus on future rising stars can pay off in dividends.

In this season alone, four academy players have already made their MLS debut for the LA Galaxy. Only teenagers, fullback Julian Araujo, and midfielder Efrain Alvarez are the key youth contributors as they continue to receive quality playing time by rotating into the first team lineup.

Although LAFC, an expansion team formed following the dissolution of Chivas USA, is only in its second-ever MLS season so their academy hasn’t had much time to progress, the makeup of the roster still indicates a clear focus on younger players. With two-thirds of the roster being aged 26 or younger, LAFC is seventh youngest among all MLS teams in average player age. Similar to Galaxy’s academy players, LAFC’s Diego Rossi (21), Latif Blessing (22), and Mark-Anthony Kaye (24) are all young talents playing in significant starting roles with the only difference being that they light up the stat sheet at a league level.

Making History, and Continuing It

Simply put, the city of Los Angeles has been home to historically dominant sports franchises; the LA Galaxy and LAFC are no exception to this.

The Galaxy alone has been crowned MLS Cup Champions a league-leading five times. Meanwhile, LAFC is already in fine shape to make back to back MLS Playoff appearances, hinting that their championship dreams may soon become a reality.

Furthermore, thanks to the skilled players and staff that complement each other so well, the recent success of both of Los Angeles’ premier soccer clubs is not a fluke. Rather, it is the product of a change in culture that better reflects its historic roots. Roots that say, “hey, we can be the best, and we’ll put it all together just to show you”. After all, that is the LA-LA Land way.