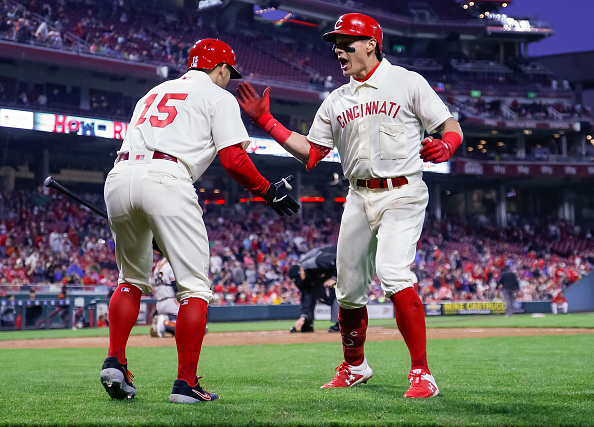 The Reds are a very temperamental team from year to year when we look at the league as a whole. Some years, the Reds at this point in the season are playing astonishingly well, and at other times, the Reds perform somewhere close to the bottom of the NL. The Reds attempted to right the ship this offseason however. The Reds gained significant amounts of ground by acquiring two outfielders, Yasiel Puig and Matt Kemp, and two new starting pitchers, Alex Wood and Sonny Gray. Yet, these additions have failed to make a substantial impact. Matt Kemp has already been waived by the club and Wood has yet to throw a pitch. Sonny Gray has been the only valuable addition as Puig struggles through a slump that is detailed by fellow writer, Kody Clawson, here.

During Spring Training, the Reds lost a few players due to unfortunate injuries. It appears that someone forgot to tell the guys that they didn’t have to play their Spring Training games like it was the World Series. Due to the extent of the injuries sustained by the typical Reds roster, the opening-day roster was looking a little worse-for-wear. The results of the games that took place during the month of March definitely reflected the fact that the Reds lineup was not in the spot it needed to be in terms of relative skill, but also not in the right place in terms of who was playing the field. When Joey Votto is the best player on the team, the team should understand that it is in their best interest to change some things up. That being said, it is important to place Votto under scrutiny. Most Reds fans can probably understand that Votto’s place in the batting-lineup goes wasted as he stands in the box looking to be walked, but his stats are high because of it.

As the Reds transition into the mid-season, we are seeing many new and promising prospects from the Triple-A. Players such as Jesse Winker and Nick Senzel have provided the spark that allows for the Reds to regain their competitive footing. Senzel will be replacing the execrable Scott Schebler who has been slashing .127/.258/.228 – which are stats that we could commonly see from ten-year-olds in their machine pitch leagues. Despite all the criticism and the lack of performance, there has been a single bright spot in the Reds’ rotation. The Reds have definitely discovered what appears to be a true ace-pitcher in Luis Castillo. After making the claim to the National League Pitcher of the Month in April, Luis Castillo has a 1.45 ERA, 0.99 WHIP, and 50:17 K:BB ratio.

In terms of the National League as a whole, it will be interesting to see how the Reds compare to the other teams throughout the summer. Though we have seen a slight struggle, not anything to the plight of the Marlins, the Reds appear to be put on a good path towards success for the rest of the season. It is important not to overestimate or underestimate the Reds as they could still go either way. We could see the Reds surpassing the record and the prowess of the Cardinals, or we could see the Reds take the bottom under the Marlins. For more news related to all of your baseball needs, tune into the From the Sidelines Podcast on iTunes and Spotify.