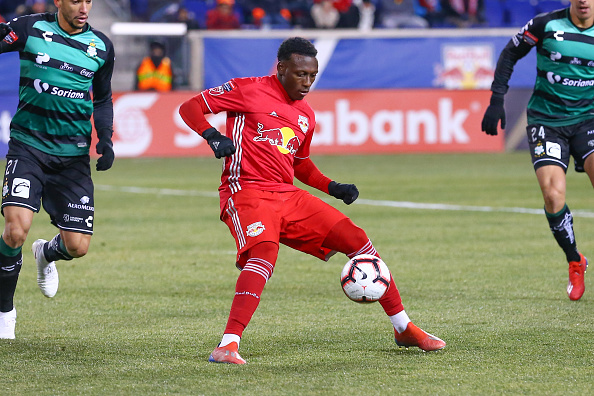 The Los Angeles Galaxy traveled to New York to face off against the Red Bulls.

The Galaxy looked to extend their unbeaten streak, and the Red Bulls looked to build on their win against FC Cincinnati last week. Luckily it was beautiful weather in New York and an enjoyable afternoon for the fans at the stadium.

The Red Bulls got off to a fast start, scoring in the fifteenth minute of play. Amro Tarek took advantage of the Galaxy’s weak defense and scored early to put New York up 1-0. They traded possession back and forth, for the next fifteen minutes or so, then the Galaxy were able to equalize in the 39th minute of play. Diego Polenta gave a through ball to Zlatan Ibrahimovic, Zlatan crossed it into Uriel Antuna, and Antuna was able to score the goal. LA tied the game at one apiece. Shortly after, Diego Polenta gave another great through ball, this time to Chris Pontius, who gave a low driven pass to Zlatan for LA’s second goal.