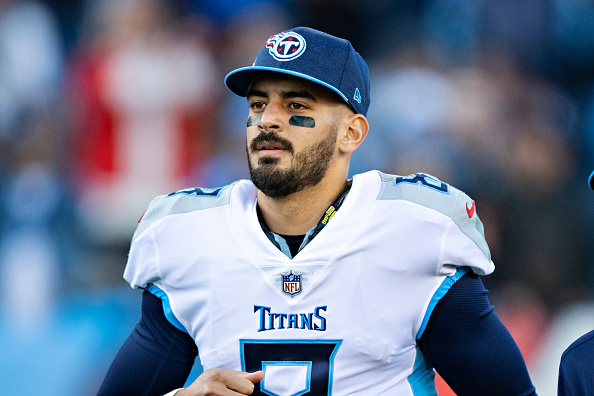 The 2018 season got off to a great start for the Tennessee Titans as they began the year 3-1. However, they struggled as the season went on as the offense stalled at times and the injury bug took its toll. Marcus Mariota struggled to stay upright, getting sacked 42 times and he had just one receiver with more than 470 receiving yards. Below I break down and give a grade for each pick as well as an overall grade for the draft class.

If it wasn’t for the torn ACL he suffered training for the combine, Simmons would have been a top-10 pick. However, because of the injury, he isn’t likely to play much, if at all, this season. This pick is all about the 2020 season. Over his last two years at Mississippi State, Simmons 30 tackles for loss, seven sacks and seven five forced fumbles. Pairing Simmons with four-time pro bowler Jurrell Casey would give the Titans an excellent one-two punch along the defensive line.

Marcus Mariota is entering the last year of his rookie deal and needs to prove he is a franchise quarterback. The best way to see if that’s the case is to give him as many weapons as possible. Earlier in the offseason, the Titans added former Tampa Bay Buccaneer’s wide receiver Adam Humphries then wisely doubled down and added Brown. Over his last two seasons at Ole Miss, Brown had 160 catches for 2,572 yards and 17 touchdowns. Brown should become a go-to target for Mariota early on in his rookie season.

Besides adding wide receivers, the Titans have done a good job of adding offensive line help this offseason. They signed former Los Angeles Rams’ guard Rodger Saffold in free agency but the other guard spot needed to be upgraded as well. Coming from a smaller school, Davis didn’t get much hype pre-draft but the Titans selected a day one starter. Last year Mariota struggled with pressure in his face, with the additions of Saffold and Davis, that won’t be a problem this season.

The duo of Kevin Byard and Kenny Vaccaro is one of the best safety combos in the league. However, the depth behind them is underwhelming. Many believed Hooker was a top-75 pick so for the Titans to get him in the middle of the fourth round is an absolute steal. His ability to play in the slot as a big nickel corner or in the box provides the versatility that will get him on the field at the same time as Byard and Vaccaro.

Last year’s starting edge defenders, Brian Orakpo and Derrick Morgan are no longer on the team. Former Miami Dolphins’ Cameron Wake will take over one spot, while 2018 second round pick Harold Landry will start at the other. However, the depth behind them is limited so adding Walker was a great move. Over his last two seasons at Georgia, Walker had 24.5 tackles for loss and 13.5 sacks. He won’t see a ton of snaps as a rookie but Walker will make an impact when given a chance.

This is the only pick that I didn’t like. Currently, Wesley Woodyard and Jayon Brown are projected to start at linebacker for the Titans this year. Behind them is last year’s first-round pick Rashaan Evans so spending a draft pick on a linebacker is a bit of a head scratcher. Running back Rodney Anderson went later in the round and given Derrick Henry‘s history of inconsistent play, he would have been a better pick. Hopefully Long can find a way to make the roster by carving out a role on special teams, otherwise, this would have been a wasted pick.

Entering the offseason, the Titans had two goals in mind; give Mariota help on offenses and build up their depth on defense. They did a good job with that during free agency, then during the draft, they reached their goals. The Titans had one of the best draft classes this year, therefore, deserve their A- grade.