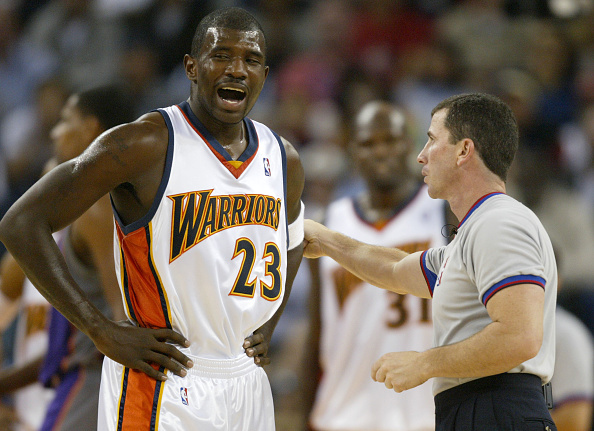 Last night was the third ever BIG3 draft, and as we’re gearing up for another season, big names like Jason Richardson, Greg Oden, and Mario Chalmers are among the new additions to the league.

Despite being without Rashard Lewis for most of the year with a torn Achilles tendon, the 3 Headed Monsters still had a largely successful season. They finished off the season on a poor note though, losing the semifinal with a whopping 50-28 scoreline, largely thanks to awful defending.

That defense is something that shouldn’t be nearly as much of a problem as it was. Expect Tre Simmons to take on a major role until Lewis returns. Simmons spent a long career in Europe as a 3-and-D specialist, shooting 35%+ on 4+ three-pointers per game in each of his last five professional seasons.

It was just six years ago that Larry Sanders was a fringe contender for Defensive Player of the Year in the NBA. Still just 30, he should have a huge impact in the paint alongside Reggie Evans and will be an early favorite to challenge Chris Andersen for DPOY.

3’s Company should expect a big boost in the form of the return of Baron Davis this year, who missed much of last season with injury issues, making this a one-man team whose success was pinned almost exclusively on Andre Emmett.

Their one roster change for this season is replacing scrappy swingman Dahntay Jones with Dijon Thompson. Thompson has proven to be an effective player in both the half-court and on the break, and his athleticism at 36 years old is superior to that of much of the league. He most recently played for Levanga in Japan, where he averaged 12.7 points and 6.4 rebounds on 52.3% shooting.

After proving himself worthy of a role in the league the last two years, last year’s top pick Andre Owens has been given a team of his own to captain, alongside co-captains Kendrick Perkins and Shannon Brown. This team looks to be a good mix of bully-ball in the paint and stretching the floor with perimeter players who can shoot.

The big name they picked up was Greg Oden, who is, of course, most known for his durability problems with the Portland Trail Blazers. While we never got to see him dominate the NBA like many hoped, he’s now a few years removed from his time in the league and the seven-footer is looking to prove he can be a productive and healthy player at a professional level.

Between Brown, Owens, and Brandon Rush, this team combines for six NBA seasons with a three-point percentage above 40%, and that floor spacing will be crucial.

You’ve got to hand it to the Ball Hogs, they’ve certainly prioritized winning over name brand in this draft. Will McDonald is the only player this year to be selected in the first round without an NBA background.

After a 1-7 record last year, adding some size to a team that only had nine blocks all year was an absolute must. McDonald is used to dominating much smaller competition in the Chinese and Japanese leagues, so it will be interesting to see how he adapts to facing off against players like Greg Oden and Al Jefferson.

While the rest of the league put a serious focus on adding size, the expansion Bivouac went a different direction and now have guys who can shoot in all six roster spots. Josh Smith is joined by Will Bynum and Anthony Morrow, who was a 41.7% three-point shooter throughout his NBA career, and could potentially be found worthy of an NBA roster spot in the fall with a good enough performance in the BIG3 this year.

Shawne Williams doesn’t add size in the same way that other teams’ big men do, but as a versatile stretch four during his NBA career, he will make this a tough team for traditional big-led teams to face up against.

The Enemies made a splash in selecting Royce White with the top pick. White has had personal problems get in the way of basketball success every step of the way for him, with his anxiety disorder scaring off the Rockets from giving him a chance after drafting him and  an unceremonious end to his time in Canada, but he is easily both the most athletic and versatile player in the league, and he should provide us with tons of entertainment.

This team pairs him with another member of his NBA draft class in Perry Jones III, giving this team a lot of youth and excitement, as well as Lamar Odom and three-time all-star Gilbert Arenas. Odom’s journey back to professional basketball after an overdose that nearly killed him four years ago is one of the best stories of the league.

Picking up Frank Robinson with the last pick is a promising move. While he might be a bit of a longshot at success in the league, it’s also a situation that could pay off in a big way. He reportedly looked great in the workouts, and on a team with as many on-ball players as they have, having him as a guy who moves a lot on offense and isn’t afraid to take big shots or get active on defense could be a big step forward.

After going just 1-7 last year, the Ghost Ballers needed to make some serious changes in this draft, and bringing in Jamario Moon could be the start of things moving in the right direction for them. A late pick in last year’s draft, he showed he belonged in a very crucial way by shooting 45.5% from behind the arc.#

For a team that shot a very disappointing 29.4% from three-point territory last year, Moon will be very important. Alex Scales and Mike Taylor will also provide an exrta shooting boost, as well as combo guard abilities that will take some pressure off of Mike Bibby after his poor season last year.

In the first round, the Killer 3s decided to bring back Josh Powell from last year’s team. His physicality in the paint on both sides of the ball makes him a useful asset for a team who’s captain and co-captains all provide threats from the outside, and he averaged 6.2 points and 5.0 rebounds last year on an excellent 63.6%.

The Killer 3s didn’t really fix their problems through the draft, which is a bit of a worry, opting to replace Alan Anderson with a very similar player in Donte Greene and Mike James with C.J. Watson. Instead, their big move is in bringing in last year’s league-leading scorer, Al Harrington, as a co-captain from Trilogy. Last year, they spent the entire year without their captain, Chauncey Billups, and his absence showed. Being back up to three captains should bring them closer to contention.

Per the rules of the BIG3, the defending champions have to keep all of the same players from the team that won it all the prior year, meaning Power didn’t get a chance to shore things up in the draft last night.

Made up almost exclusively of former Clippers players, Nancy Lieberman’s team will once again be led by 14-year NBA veteran and reigning BIG3 MVP Corey Maggette, who averaged 17.0 points and 6.9 rebounds last year. It would be reasonable to worry about off-court controversy leaking into their play on the court though with the recently alleged sexual assault accusations against Maggette.

From a team that has two former all-star big men in Jermaine O’Neal and Amar’e Stoudemire, shooting and slashing is key, and that’s what they picked up this year.

Yakhouba Diawara has never been the most consistent shooter, but what he has been is a guy who can figure out how to score the basketball at some of the highest levels in Europe for years, and his ability to get to the rack and finish through contact will be tested. He’s able to play multiple positions, which will help him thrive in the many mismatch scenarios this league puts players in.

Jason Richardson is far and away the most widely-known player in the draft pool, and he will join Nate Robinson as players on this team who formerly relied on elite athleticism they no longer have and will instead be a major threat from deep. It’s easy to forget that Richardson once led the NBA in threes made in a season; I’m sure he’ll be aiming for that record with four-pointers this year.

The Trilogy aren’t an expansion team, but they might as well be, with only James White returning from last year’s team. David Hawkins and league newcomer Jason Terry will help provide them with a ton of shooting range, and Terry in particular is a player to watch out for from four-point range.

With those three guys on their roster, the obvious need was size, and they got it Patrick O’Bryant. During his short NBA career, he stood out on the defensive end for being a menacing rim protector and for being extremely foul prone, with an average of 8.7 fouls per 36 minutes. The laxer foul rules that encourage physical play in this league should be to his advantage for sure.

With two former NBA all-stars, the Triplets are an expansion team to pay attention to. Both Al Jefferson and Joe Johnson have had significant NBA roles fairly recently, and Jannero Pargo‘s longtime experience as a floor general will bring out the best in both of them.

Chris Johnson may not be the biggest name available, but as far as athletic specimens go, a 6’11” center who won a dunk contest back in 2014 is pretty darn good. Something unique about his journey to the BIG3 is that he played professionally earlier this year for Lebanese team Homenetmen Beirut. Having played professionally more recently than anyone else should be a big help. He’s also recently been following the trend NBA big men have paved and improved his range, shooting 38.9% from deep this year.