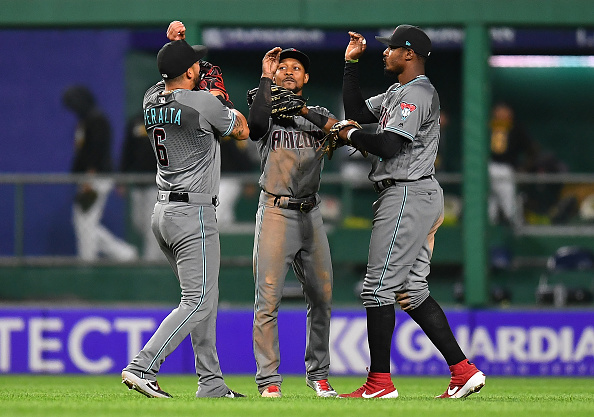 After missing the playoffs last season and losing star players like Paul Goldschmidt ( via trade), A.J. Pollock ( via F.A.), and Patrick Corbin (via F.A.), expectations weren’t high for the Arizona Diamondbacks coming into the 2019 season. The Diamondbacks needed to come out strong in the opening month and they did just that.

The D-backs would finish April with a 17-13 record, which was good for 2nd in the NL West Standings, only behind the white-hot Los Angeles Dodgers. It started off with a 6 game road trip between the Dodgers and Padres. They dropped 3 of 4 in LA and the pitching staff looked horrific, surrendering 48 runs in the series. The D-backs would bounce back in the series against the Padres, taking 2 out of 3 games and scoring 19 total runs, 18 of which came in the first two games of the series.

In their first long East Coast road trip of the season, it was key for the D-backs to come out strong and build momentum, which they did immediately. The first of the 10-game East Coast swing was a 3 game set against the Atlanta Braves. The Diamondbacks swept Atlanta for their first sweep of the season, winning 9-6, 3-2, and 4-1. The Cubs series was not as successful, as they dropped 2 out of 3 in Chicago. While their pitching was effective in the first game of the series, their offense was quiet in the finale and Archie Bradley gave up a walk-off single to David Bote.

After dropping 2 of 3 in Chicago, which proved to be the low point of the road trip, the D-backs began to catch fire and would square off against an up and coming Pirates team to end the road trip. They would take all 4 games, sweeping the Pirates and outscoring them 35-7.

To finish the opening month of the season, the Diamondbacks headed back home with a 3 game set against the Cubs and one game against the Yankees on the final day of April. The D-backs would drop the series once again, losing 2 out of 3 to the Cubs. They would miss an opportunity to take the series in the finale, only to fall 5-6 in a wild 15 inning event. On the final day of April, the D-backs would witness baseball history first-hand, facing the Yankees while C.C. Sabathia was 3 strikeouts away from 3,000 in his career. While C.C. Sabathia got his 3,000th strikeout against Jon Ryan Murphy, they ended up winning the game 3-1 fueled by a stellar performance from their ACE Zack Greinke.

The D-back’s hitter of the month was 1B Christian Walker. Walker had a phenomenal Opening month:

The pitcher of the month goes to Zack Greinke. After struggling on opening day vs the Dodgers, the veteran ace finished out the month strong:

The Diamondbacks made history as an offense in the opening month, netting 124 extra base hits as a team. They’ll look to continue their strong start in May, starting off with a 6 game road trip to Colorado and Tampa Bay. If the Diamondbacks continue to play well on the road, they could surprise teams and stay in the hunt for the postseason all year.