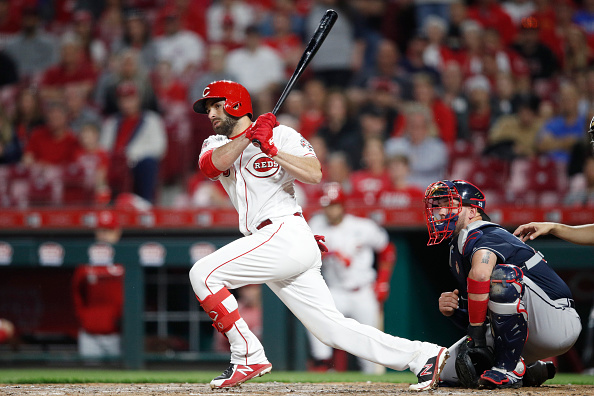 Hey, how are you? Are you confident and cruising or desperate and humbled? Investing such high draft capital in any superstar succumbed to injury can be soul crushing. But no matter if you’re dominating the field or scraping to get by, checking in on players and monitoring the waiver wire can keep you competitive. I don’t think a lot of owners are aware that most leagues keep stats for the last 7, 14, 21 and 30 days, which is extremely important in deciding on free agents. If a player is consistently showing up in different sample sizes, you can probably assume it’s more than a hot streak.

*Waiver wire filters for standard CBS, ESPN and Yahoo leagues can help you to determine who is hot right now, not just compiling stats.

Jose Peraza is being dropped in a ton of leagues, which is a huge mistake. Peraza can offer you a high average and stolen base upside. While his o-swing and swinging strike rates are drastic career highs, his contact outside the strike zone (63.0%) and overall contact percent (81.6%) are career lows. These are still well above league average.

His early struggles can be attributed to a differing pitch mix. He is currently seeing 5.5% less fastballs (51.4%), 8% more sliders (26.1%) and 4% more changeups (11.0%).  Peraza is currently hitting .077 against sliders (.248 career) and .083 against changeups (.193 career). It’s pretty easy to see positive regression on the way based on his career numbers against these offerings. If he was dropped, grab him for your bench or middle infield (MI) position. If he’s still rostered, make an offer. His multi-positional eligibility (2B/SS) and 20/20 upside should not be undervalued.

Noah Syndergaard had 10 swinging strikes (36% CSW) on 04/15 against the Phillies and 11 swinging strikes (28% CSW) on 04/21 against the Reds. And while his league leading 97.7 mph average fastball velo is impressive, Noah Syndergaard is not going to blossom into the top shelf ace we drafted him to be. Nick Pollack from Pitcher List wrote an article last season on Syndergaard as more of a thrower than a pitcher and I have not been able to look at him the same since. Read it here.

Syndergaard is a 4 pitch pitcher: Fastball (59.7%), Slider (18.8%), Changeup (15.4%), Curveball (6.1%). He has not had a negative pVAL on any of his pitches since 2015.  So far in 2019, he has 3 pitches with a negative pVAL. His bread and butter have always been his slider and changeup. The slider is currently inducing a 15.2% swinging strike rate, which is a drastic career low (18.9% previous). It is also only inducing a 38.2% o-swing, which is the first time it dipped below 40% in his career. His changeup is still decent, but not the elite offering it once was. The change is still producing a 51.4% o-swing, but a 21.3% swinging strike rate, which is down to a 3 year low. I am not saying Syndergaard is a bust or should be traded, but I am saying he is not the pitcher you think he is going to be, yielding 10+ strikeouts in every outing. He can still be a solid SP 1 on your squad, but if the wheels fall out from underneath him, don’t be surprised.

It’s early on only 5 starts, but this is a different pitcher. He could be figuring it out and I am all on board for it.

After pitching to a 10.70 ERA and allowing most of the homeruns in baseball this season (5.60 HR/9), the Brewers had seen enough and optioned Corbin Burnes to Triple-A. While Burnes has long shown flashes of an elite secondary offering, his 57.9% HR/FB rate paired with a .404 BABIP do not instill confidence in a robust offensive environment that is Miller Park.

But on the season, Burnes has a 36.5% swinging strike rate on his slider, while opposing batters are hitting just .053 against it. What’s more mind-blowing is his 67.4% whiff rate on his slider, which is the best mark in baseball (min 50 thrown) by a wide margin and 12% higher than second place. His slider is elite and reminiscent of Patrick Corbin in 2018.

But his fastball is flaming garbage and literally the polar opposite of his slider.  Opposing batters are hitting .469 against his four seam fastball, which has yielded an -11.8 pVAL on the season. Of the 11 home runs he has allowed on the season, 9 have come off his fastball.

I’m not telling you to hold him, but monitor his progress in the minors.  Pitchers normally get sent down to work on their shortcomings and if he can tighten up his fastball, he could be dangerous.