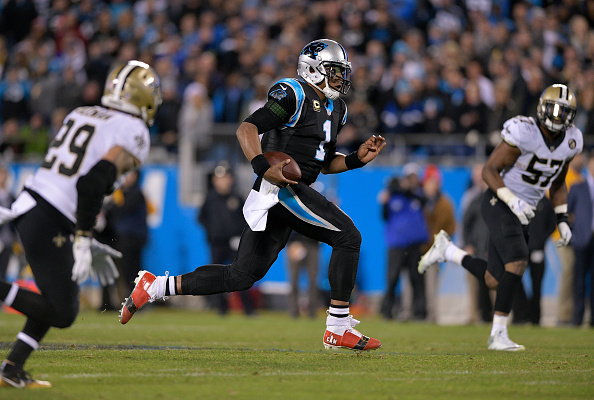 Dillard, I think is the best pass protecting tackle in the draft. The Panthers will need a player like Dillard to protect Newton, who is coming off shoulder surgery. Newton was sacked 29 times last season. Dillard should help bring that number down a bit. Along with his pass blocking, Dillard is an exceptional run blocker too.

Ferguson is the NCAA all-time sack leader with 45 in his college career. Last season he had 17.5 sacks and 26 tackles for a loss. Ferguson has a ton of talent and knows how to get to the quarterback, will need to work on his pass rushing moves and improve strength. Either way, Ferguson would be an outstanding pick up for the Panthers who lack pass rushers. The Louisiana Tech star could be the next Julius Peppers for the Panthers. There is a chance Ferguson could slide into the first round or maybe early second.

The Panther offensive line needs upgrades at almost every position so Dieter would be a solid pick here. He played three different positions at Wisconsin; starting at guard, tackle, and center. The former Wisconsin star is an outstanding run blocker and is versatile, Deiter should help the Panthers out a lot. He will be a significant improvement to what the Panthers had last season.

Butler ran a 4.48 40 time at the combine at 6’5 227 pounds. He caught 60 passes for 1,318 yards and nine touchdowns last season. Butler is excellent after the catch, and with his size, he can leap over small defenders to make plays. The downside is, Butler tends to drop a lot of passes and route running isn’t that polished. On the NFL level, he will need to improve his hands and route running. If Butler can do that he will be a big play receiver for years to come.

The Panthers need some help at safety, bringing in Eric Reid last season helped a lot. But the Panthers need some younger talent back there, Redwine could be just that. He has good size and speed but needs to play up to his potential. Last season with at Miami, he had 64 tackles, 3.5 for a loss, three sacks, and three interceptions. I like him as a zone or in the box safety. Also, Redwine has coverage skills having played cornerback some at Miami. The former Miami safety would be an excellent pick for the Panthers thanks to his versatility.

Teams may pass on Jackson early in the draft because of his accuracy issues, but he has a powerful arm and looked good at the combine with improved throwing mechanics. Last season at Buffalo, Jackson threw for 3,131 yards with 28 touchdowns and 12 interceptions. He only completed 55.3 percent of his passes through, so accuracy is a problem. With Newton shoulder issues, you never know what could happen, Jackson would need a couple of years to develop before becoming a starter.

The Panthers need edge players so adding Banogu would be another productive pass rusher to the Panthers defensive line. Last season at TCU he posted 8.5 sacks and 18 tackles for a loss. Banogu had an outstanding combine so there is a chance he could go earlier in the draft. Banogu will need to add to more pass rush moves and get a bit stronger to compete in the NFL. I can see him used as a pass rush specialist on passing downs.