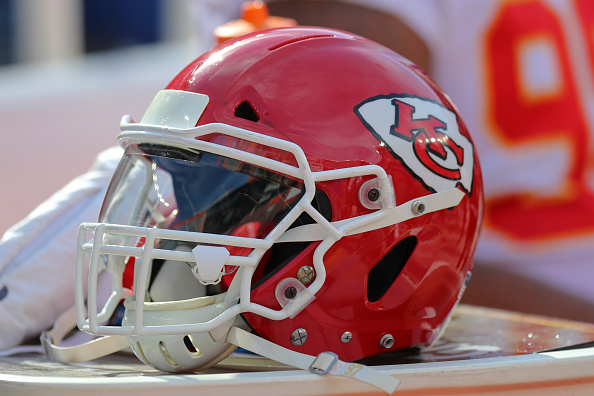 MVP quarterback? Check. Top five tight end and receiver combo? Check. A head coach with a closet full of Hawaiian shirts? Double check. Quality defense? Nope, so that is what this mock will center around for the defending AFC West champions.

The Kansas City Chiefs easily have the most electric offense in football but their defense has a lot of holes and needs heading into the draft. They will have several new faces this coming year after seeing players such as Dee Ford, Justin Houston, and Eric Berry leave in free agency. They still have defensive line anchor Chris Jones, who has shown the potential to be an All-Pro at the position and they also brought in Tyrann Mathieu so there are pieces to build on.

The biggest part of the offseason for this team is the draft though. With a solid draft, they can make that jump into the Super Bowl.

This is a new twist to the seven-round mocks we have been doing here at The Scorecrow, but that’s what I’m here for, to create chaos. The Chiefs desperately need pass rush help after losing the names we mentioned above, Clark gives them a top-five pass rusher in the NFL. He will need a new contract but Kansas City can worry about that after they raise the Lombardi because this move would make them absolute favorites to do just that.

Sources: The #Seahawks and #Chiefs are deep in talks on a trade to send star Frank Clark to KC. The compensation would include a 1st rounder, a 2020 2nd rounder and a swap of mid-rounders. To complete it, the franchise tagged player and Chiefs must hammer out a deal.

The team is in desperate need of help at the corner position. They have a slot corner in Kendall Fuller, whom they acquired in the Alex Smith trade last offseason. Drafting Bunting gives them a player who has the upside of being a team’s true number one corner.

I like to think Kansas City is a tough town, I also like to think of Hooker as a tough player. Hooker would be a perfect ying to Mathieu’s yang on defense. Let Mathieu roam all over the field and allow Hooker to help in the run game and pass protect when needed.

This pick is to make my buddy, and Chiefs fan, Mello happy because he has been mocking this guy to the Chiefs all offseason. I love Moreau’s blocking ability which helps Patrick Mahomes and company. What I really like is he can develop his pass catching ability further with help from Travis Kelce and tight ends coach Tom Melvin.

Come the fifth-round a lot of the top end talent at running back is gone but Higdon might end up being a diamond in the rough for the Chiefs. Higdon is used to carrying the ball 20 plus times in a game as he did so often at Michigan. Let him be the bell cow and allow Damien Williams to thrive in that third down role as the better pass catcher.

On a team that has Tyreek Hill and Sammy Watkins already why not give them another versatile weapon on top of it all. Hurd can step into that Chris Conley role that is absent with him leaving for Jacksonville.

Allen is a former star of the Netflix series Last Chance U but he is more than that. He is a success story of what second chances can be. Allen can be a  roaming linebacker who can help in the pass and run game defense.

This is a dart board throw of a pick. Christmas can be a run gap filler but also can help free up the linebackers to do the nitty-gritty work.