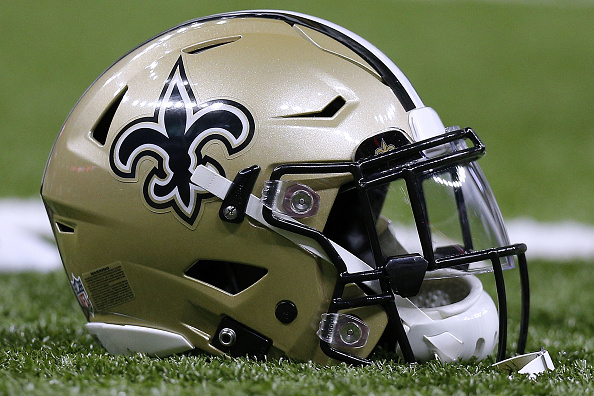 With the NFL Draft starting in two days, the New Orleans Saints are getting ready, as are all 31 other teams. The Saints don’t pick in the first round but still have six picks overall. Let’s take a look at who they will take.

I may be reaching here as Campbell did very well at the Combine and many people have him being an early second-round pick. The wide receiver class this year is deep and the Saints need a wide receiver. Ted Ginn will be gone most likely after this season and Michael Thomas will be a free agent barring a franchise tag. Campbell is also from the Ohio State University and the Saints obviously have an affection for Buckeyes. Campbell had 90 catches with 12 TDs last year and with his 4.31 40-time, he would be a steal this late. If they don’t grab Campbell, Stanley Morgan Jr. could be an option as he played his high school ball in New Orleans.

The Saints signed Jared Cook after Ben Watson retired. Although Watson is considering coming back for another year, the Saints need a reliable tight end for the future as Cook is 32 years old. Moreau grew up in New Orleans and went to school at LSU. At 6’6″ and 256 lbs he is a big target and ran a 4.53 at the combine. With some quickness, good hands, and blocking skills this could be a very good fit for the Saints.

Williams has been projected as high as a third-round pick but there is a decent chance he will fall. He is undersized at 5’9″ but is a good blocker with decent hands. He averaged six yards a carry last season and had 15 TDs. The Saints have Alvin Kamara but for how long? They also signed Latavius Murray but would be wise here to add depth to the position. Williams also has experience returning kicks which would help out on special teams.

Lewis is not a big corner at 6’0″ and 190 lbs but he is versatile. He’s played everywhere in the secondary with the Green Wave manning corner, slot, and even some safety. Lewis had 160 tackles with seven picks in his four years there and had 15 passes defended last season. He is a weaker corner and may get pushed around a bit by bigger receivers like Julio Jones or Mike Evans. Sean Payton will need to move him around on defense but he could be a solid slot corner or nickel back in the Saints system.

Granderson took a step back his senior year but still has some very good physical traits that could make him a solid third down pass rusher. In his Junior year, he had 77 tackles and 9.5 sacks. He is probably not a run-stopper but can be effective if he is put in the right situations. May be handled by bigger tackles, but he has shown enough burst and has long arms to move players off their blocks.

The Saints need to draft a project at quarterback. Drew Brees won’t last forever and Teddy Bridgewater is only on a one-year deal. Rypien is accurate and is a project but learning from one of the best ever could be a great fit. His football I.Q. is very good and with a year or two under his belt sitting behind Brees and learning the offense, he could turn into a solid quarterback.