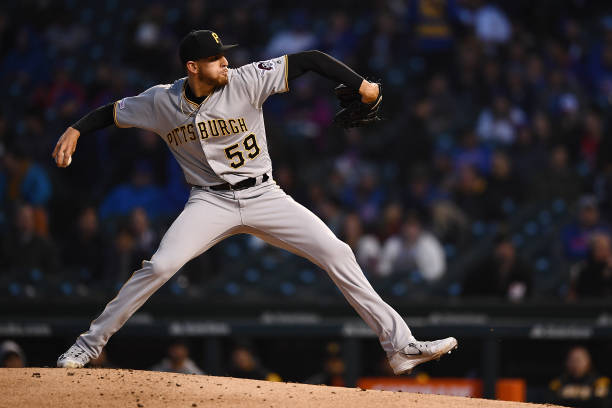 Mondays after a holiday weekend can be brutal. If you had as much fun as I did, I probably don’t have to tell you that. Making money can make anyone feel slightly better. Let’s dive into the options for today with some lineup locks, value, and stacks.

This is an extremely difficult thing to predict, but Sale at least started trending in the right direction his last time out against the Yankees. His velocity was up, he threw the most pitches of any start, and struck out the most batters ( 6 K’s in 5 IP). Weather is a concern for this game and even more so for starting pitchers if there is any sort of delay. There is expected to be some rain, but winds look to be blowing in from left field at over 10 MPH. This could be the cheapest salary Chris Sale has all season and he’s in a great spot. Check the status for this game before finalizing anything.

Musgrove could very well be the safest option on the board tonight. In three games started and 20.1 IP, he has only allowed two earned runs. Usually not a strong pitcher to target because of his low strikeout rate, but so far this year he has a 25.6 K%. He’s always been a good ground ball pitcher, with a 44.6% career GB rate, and to this point, his hard contact against is down over 5% in 2019. The Arizona Diamondbacks have a low implied run total and looked weak against Tyler Chatwood yesterday. Musgrove can definitely limit the damage and turn in a good outing tonight.

I’m looking to target the game at Coors tonight in cash games and in stacks. Washington’s pitcher, Jeremy Hellickson has been out to a decent start this season with a 2.63 ERA in 13.2 IP. While the surface numbers look good, the deeper look might make you wince. Hellickson has a 6.36 SIERA, 4.92 FIP, and 5.91 xFIP. All of those numbers along with his 85.2% LOB percentage, indicates that he’s getting a bit lucky. McMahon is one of the cheaper options in the Colorado lineup and he is fairly safe. If he doesn’t get a hit, he will draw walks and we already saw his two home run upside last week.

Moncada has started the season hitting the daylights out of the ball. He has a .317 BA with 6 HR, average exit velocity of 95.5 MPH, and a 50% hard contact rate. He does much better against right-handed pitchers and David Hess really struggles against lefties. His batting average and wOBA against are both over 100 points higher than against righties. Moncada should be sitting pretty, looking to build on his top 4% barrel rate.

Mike Minor isn’t a terrible pitcher, but this is simply too cheap for a hitter like Piscotty. He’s not off to a blazing start but has quietly been on a decent run with hits in three straight games, and six out of his last seven. Piscotty could definitely pay off on his cheap salary, hitting in the middle of Oakland’s lineup against the lefty, Minor.

A lot of times I’ll look to save at the catcher position. J.A. Happ has struggled in his career against the Angels hitters and Lucroy is no exception. Lucroy is 7 for 21 lifetime versus Happ with 5 RBI and 4 doubles. He’s hitting .297 on the season and has hits in four straight games. I like his chances of knocking in a run or two tonight.

Houston is a right-handed heavy lineup filled with good hitters facing a guy who is a reverse splits pitcher. Odorizzi struggles a lot more against righties than lefties. This is a spot where you can get an edge in tournaments. Houston is my favorite stack of the day.

Mainly the left-handed bats like Yoan Moncada and Yonder Alonso, but the majority of the Sox lineup could really put a hurting on Hess tonight in Baltimore.

Coors field is always in play. Hellickson has gotten a bit lucky to start the season and Tyler Anderson can give up some long balls from time to time. Both sides of this game read green for me.

Houser will be making his first major-league start tonight against the Cardinals. He’s pitched well in Triple-A with a 1.10 ERA and 18 K’s in 16.1 IP. But the major leagues is a totally different ballgame and the Cardinals have some real thunder in their lineup. If he has any nerves, it could be a long night (or short night depending on how you look at it) for Houser.