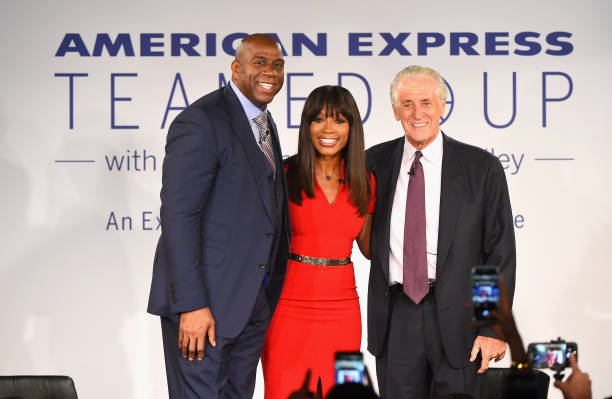 Earlier this month, Los Angeles Lakers legend and President Magic Johnson abruptly stepped down as President of Basketball Operations. Since then, the Lakers have been interviewing coaching candidates to replace the recently fired Luke Walton. Those candidates include former Cleveland Cavaliers head coach Tyronn Lue, Philadelphia 76ers assistant Monty Williams, and Miami Heat assistant Juwan Howard.  While the Lakers are currently focusing on hiring a new coach, they still need to hire a new replacement for Magic Johnson.

“More and more and more over the last few days … we are hearing the name Pat Riley,” Stephen A Smith said on Friday’s episode of First Take.

However, Smith did note that Pat Riley will unlikely take the job.

“I mean, I’m not going to comment on another team’s misfortune while they’re going through some adversity right now,” Riley said on Saturday. “There’s no doubt that I have a history with that team. I was there for 20 years and I have a lot of friends still in the organization. I had a good conversation with Magic after he stepped down and I’m sure they’ll work it out. I’m not going to be part of that. That’s not what I want to do.”

As Riley mentioned, he does have history with the team. He served as the Lakers assistant coach for three seasons before being promoted as head coach — which he held from 1981-90, leading the Lakers to four NBA championships. He also played with the team from 1970-75.

He’s also been successful in Miami as well.