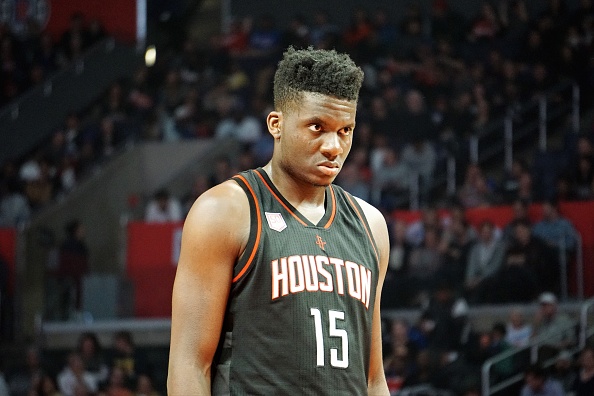 Clint N’Dumba Capela was born in Geneva, Switzerland. Capela’s parents are from Angola and Congo. Capela had a passion for soccer during his childhood. But, he was 6 feet 3 inches when he was 13-years-old, so his brother suggested for him to play basketball. He went to INSEP in Paris, France for high school.

In 2014, Capela participated in the Nike Hoop Summit, representing the World Team. Later, Capela declared for the NBA draft. In May of 2014, he was named the Best Young Player and Most Improved Player of the 2013-2014 LNB Pro A season.

In June of 2014, Capela was drafted 25th overall in the NBA draft by the Houston Rockets. During the regular season, Capela went back and forth between the NBA and Developmental league. In the playoffs, Capela was able to develop his game, due to a heavier workload because of the injury to Donatas Motiejūnas. He appeared in more playoff games than regular season games.

Capela is an elite center in the NBA, today. He is an elite rim protector and fits perfectly alongside James Harden and Chris Paul. Capela is just 24-years old, in the peak of his prime, and still has a lot of room to improve his game, to become the most dominant center in the league.