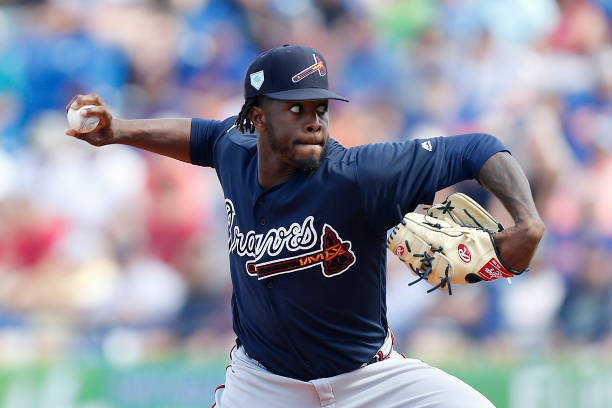 After some time away to reconfigure the Stream Machine for in-season matchup data (as well as taking some time off for personal reasons), I’m ready to roll out some new streaming options for the weekend matchups. As I promised earlier, I will do a check in at the end of the month in order to show the kind of stats you can get from your streaming starters. It’s important to remember that this is a season-long project, and early season streaming options are hard to figure out, as we don’t have a representative sample of in-season data until later on. Regardless, here are my picks for the weekend matchups.

Not sure if excited about the Touki Renaissance or the matchup here, but it’s tasty either way. Called on to clean up for Sean Newcomb against the Mets, Toussaint allowed an unearned run on four hits and two walks with seven strikeouts. He’s always had plus stuff, especially that curveball, but his control and command are a question. Still, one should feel confident he can dispatch a Cleveland lineup that has been all but lost this year, with only a 55 wRC+ at home and a 60 wRC+ against righties. This is a perfectly decent matchup play here.

Teheran is basically an innings eater type pitcher in this stage of his career. The bad thing with that is there’s no longer a lot of upside to dream on for him to become some kind of standout ace. The good thing is he’s perfectly useful for solid matchups, and if he’s available in your league, you might consider him for all the reasons I mentioned for Cleveland before.

Speaking of innings eaters, that’s exactly the kind of production you can expect from Brett Anderson when he’s healthy. He’s another one of those ho-hum, no flash, just okay pitchers that can be useful in the right matchup. And what a matchup it is. The Blue Jays check in at a 77 wRC+ away from home, and a dreadful 67 wRC+ against southpaws. Add in the run-suppressing environment of the Oakland Coliseum and the offense backing up Anderson, and he should be able to sneak away with a win here.