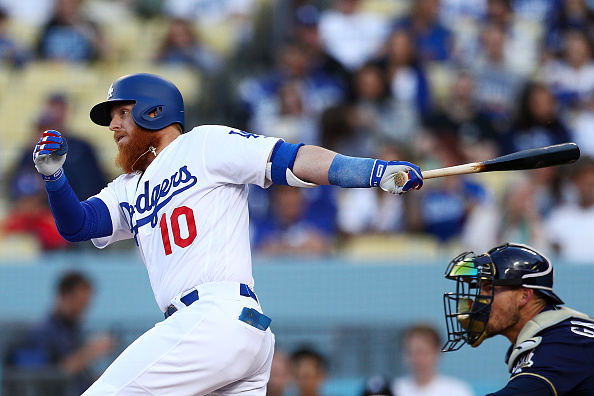 A bevy of games for tonight’s MLB card. 14 games in total to pick from to build your roster. It appears that the only weather concern will be in Cleveland where there is rain forecasted for much of the evening. Specific games to target are The Dodgers at Brewers, Colorado Rockies at home to the Philadelphia Phillies, New York Mets at St.Louis Cardinals and Houston at Texas. These games project as some of the best games to focus on in terms of offensive production.

Berrios leads the pack for pitching tonight in terms of price tag and is perhaps your best bet for getting a good return. Berrios and the Twins draw the pesky Baltimore Orioles who have just three wins in their last 10 games. Berrios has surrendered no more than two runs in three out of four starts this year( three ER in seven innings of work versus Kansas City April 4th). The Orioles are hitting .230 this season which ranks them 20th in the league, and have a .292 wOBA, 22nd best.

Loading up on Dodger hitters tonight, and most of the series against the Brewers is a great strategy. Specifically tonight the Dodgers will face Jhoulys Chacin whom they have mashed pretty heavily. They are a combined .330 with a 1.049 OPS in 123 plate appearances. Turner is 6-19 off of Chacin with a .914 OPS. On the season Turner is hitting .284 with eight RBI.

Molina has found his stroke, so to speak, of late. He is currently on a six-game hit streak which includes going yard once and driving in eight runs. Molina will be matched up against Mets lefty Jason Vargas whom he has had some good success against; five-for-eleven with a homer, five RBI and a 1.280 OPS.

The Rockies are off to a bit of a, wait for it, …rocky start at 7-12, but we saw this from them last season and things eventually worked out propelling them to a playoff berth. McMahon cleared the fences twice last night and will be up against Phillies starter Vince Velasquez in this one. The price tag is a friendly one here so we should use this opportunity to take advantage of it, especially with them playing at the hitters’ paradise that is Coors Field.

Cruz appears to be, perhaps, a safer selection at the outfield position. Cruz is a consistent power hitter in the middle of a decent Twins batting order and playing at Baltimore is only going to help. He is 6-for-21 lifetime versus Oriole starter Alex Cobb with a round-tripper and a .824 OPS. Cruz has just a single big-fly on the season but does have eight runs driven in and a tidy .278 average in 12 games.

As stated earlier the Dodgers are primed to continue their offensive production at Miller Park. Pederson has already gone deep eight times this season and projects well in a favorable park conducive to offense. Lifetime Pederson has touched up Chacin to the tune of 4-for-15 with three of his four hits being round-trippers, he also has driven in seven runs off the Brewers starter.