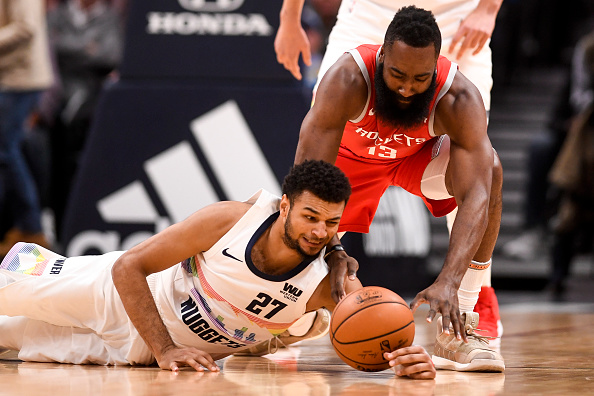 It is no secret that the Houston Rockets are a statistical juggernaut when they have the ball. Their last three seasons are each among the top 15 in all-time offensive rating, while James Harden‘s scoring numbers this campaign can only be bettered by Michael Jordan and Wilt Chamberlain, not exactly bad company. And despite being matched up against the Western Conference’s best defense in the first round of the playoffs, the Rockets are yet to show any signs of slowing down, as they have the second-best offense in the playoffs after their opening two games against the Utah Jazz.

Yet Houston’s sensational play going forward is nothing new, and is yet to earn them the championship they crave. Instead, their effectiveness on the defensive end, much-maligned in years past, could be the key to finally getting that ring. The playoffs have just begun, but all the signs are there that the Rockets will be able to lockdown when it matters most.

If Houston’s offense, with its heavy isolation, reliance on threes, and low-assist numbers, is epitomized by Harden, then the Beard’s play on the other side of the ball is indicative of their improved defensive performances. In previous years, low-effort, flapping plays like this have hurt his and the Rockets’ reputation:

BOS goes double stagger DHO for IT. Is HOU switching this? RA&PB end up switching, but Harden executes a lazy hedge as IT gets in the lane pic.twitter.com/3iRNtMk8dI

Things have been very different this year though. Harden’s incredible scoring streak stole much of the headlines this season after Houston recovered from an 11-14 start to finish with a 53-29 record, but he has quietly improved on defense, logging the third-most deflections this season. He has not transformed into Eric Bledsoe overnight, but this statistic reveals how Harden can use his supreme basketball IQ to his advantage without the ball. One of his signature plays this year was ignited by an opportunist steal with the game on the line:

They say the best players put on their best performances at MSG.

James Harden scored 61 points tonight, tying him with Kobe Bryant for the most points scored by a visiting player.

This steal sealed a #Rockets win over the #Knicks.pic.twitter.com/9nUCM63gEO

The reigning MVP’s amelioration in this facet has been reflected throughout his team, as the Rockets had the second-best defense in the league after the All-Star break this season. Savvy veterans such as Chris Paul, prototypical three-and-D wings like P.J. Tucker and Danuel House,  and an elite rim-protector in Clint Capela hide Harden’s frailties, of which there are not as many as is stereotypically perceived. Houston has carried this form into the playoffs, holding the Jazz to under 100 points in each of the first two games, which both ended in comfortable victories.

Last night’s game two was a perfect example of where the Rockets’ defense can take them. Their intensity allowed them to storm out of the blocks, forcing Utah into a turnover in the game’s first possession. This start set the tone for the remainder of the encounter, as Houston conceded only 19 points in the first quarter, ending the period up twenty to effectively secure the game, and perhaps the series. By the third quarter, the Rockets twitter feed was mocking criticisms of Harden’s defense, displaying how solid he has become and, paradoxically, how bad he once was.

And it is in the postseason where these improvements will be immensely valuable. The Rockets know all too well that a team’s offense can plummet at any moment when the shots stop falling, leading to a season of hard work going down the drain in an instant. Contrastingly, strong defense merely demands diligent concentration and raw desire, things which are far more controllable under the excruciating pressure of the playoffs, and qualities that Houston has shown for much of the year.

Anything other than a championship will be a failure for the Rockets, and they remain outsiders to win a ring, with a rematch with the Golden State Warriors, who pose a far greater threat than the Jazz, looming in the conference semi-finals. Unlike last year, they have not won 65 games and will be without homecourt advantage against their familiar foe. However, with Harden and Houston rewriting the script on their defensive capabilities, their chances of making history beyond offensive statistics may be as good as ever.