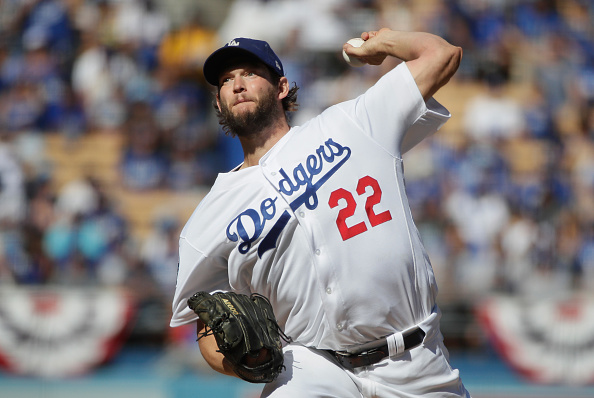 The NLCS rematch will take center stage for a second straight weekend.

The Los Angeles Dodgers swept the Cincinnati Reds and improved to 12-8. The Milwaukee Brewers won two out of three games against the Cardinals.

Last weekend, the Brewers defeated the Dodgers twice in LA and will look to win the series again, this time in Milwaukee. The only difference is that Clayton Kershaw is back. It will be a fun series, let’s take a look at the probable pitchers for this series.

The first game will feature Julio Urias vs. Zach Davies. Urias has gotten off to a rocky start this season. He has a record of 0-1 and an ERA of 5.27. Davies has gotten off to a great start with a record of 2-0 and an ERA of 1.53. If Urias can’t get off to a fast start, the Brewers will win this game. However, if Urias is locked in and Dave Roberts can go to the bullpen in the 6th or 7th inning, the Dodgers will be in a great position to win the game. I have the Brewers winning the first game of this series.

The third game will feature Clayton Kershaw vs. Freddy Peralta. Kershaw made his season debut on Monday against the Reds, gave up a 2-run homer against former Dodger, Yasiel Puig, but he locked in later on and dominated the rest of the game. The Brewers have yet to decide on who the pitcher will be, but it could be Freddy Peralta. Peralta is 1-0 with an ERA of 7.13. Kershaw will dominate in this game and the Dodgers will come out with the win in the third game of this series.

The fourth game of the series will feature Kenta Maeda vs. Brandon Woodruff. Maeda has a record of 3-1 with an ERA of 3.80. Brandon Woodruff has a record of 2-1 and an ERA of 5.23. Maeda had a strong outing on Tuesday against the Reds. Woodruff was able to get the win against the Cardinals in his last outing. This should be a good game, and every time Maeda pitches, I say the same thing. Maeda is a streaky pitcher, but if he locks in, it will be difficult to get runs against him. Since he’s pitching on the road, I think the Brewers will win this game.

It will be a great duel between Cody Bellinger and Christian Yelich. I think this series will end in a 2-2 tie, it’s going to be a competitive series and a fun series to watch.