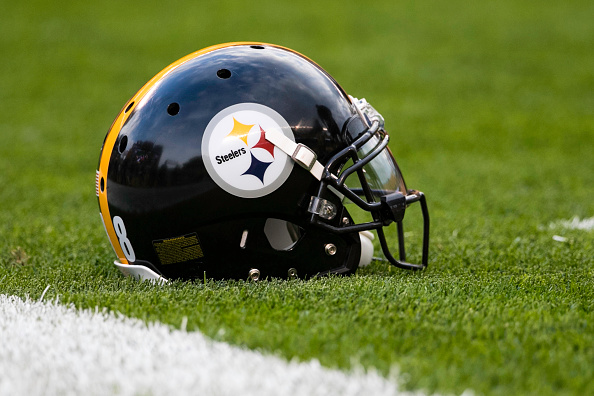 The Pittsburgh Steelers came into the 2018 season with high expectations. They were coming off a 13-3 record, earned the #2 seed in the AFC, and were coming back with almost the same team. Those expectations never became reality however; they lost Le’Veon Bell to a holdout and they missed the playoffs with a 9-6-1 record. Then they had a disastrous offseason as they lost Antonio Brown, Le’Veon Bell, Jesse James, and Morgan Burnett.

This left them with needs at Wide Receiver, Tight End, Running Back and Safety in addition to Inside Linebacker, Cornerback and Edge Rusher. They’ve tried to address their biggest needs in free agency by signing Wide Receiver Donte Moncrief, Cornerback Steven Nelson, and Inside Linebacker Mark Barron. So does this mean they don’t have needs at those positions anymore? No way. The free agent acquisitions are nice but they still need better long-term solutions.

They would love one of the Devins (Inside Linebackers Devin White or Devin Bush) but they’ll likely go in the top 12.  Steelers have a big need at cornerback because 2016 first round pick Artie Burns has turned out to be a total bust.  Also, starting cornerback Joe Haden is in the final year of his contract. He’s known to be tough and physical which is exactly how the Steelers like their cornerbacks. It’s also possible they could take CB DeAndre Baker (Georgia), WR Marquise Brown (Oklahoma) or TE Noah Fant (Iowa).

They would love Edge rusher Chase Winovich, WR Hakeem Butler or S Chauncey Gardner-Johnson here but they’ll probably be gone. Adderley could be that third safety that Morgan Burnett was supposed to be. He can play in the nickel, SS, Dimebacker or other positions as the Steelers will love his versatility.

They would love WR J.J. Arcega-Whiteside here but he might not be available. Ridley might not the burner the Steelers need but he’s a physical possession receiver with good hands. He is an excellent route runner and fights hard for contested catches. This is the pick the Steelers acquired in the Antonio Brown trade so it would be fitting to use it on a wide receiver!

He’s raw and a bit of a project, but Pratt has great potential. A converted Free Safety, Pratt has good quickness and is used to reading and reacting to the ball. According to Walterfootball.com, “He is a strong and physical run defender with the ability to defend sideline-to-sideline.”

The Steelers could use another pass-receiving tight end and Oliver plays like a big wide receiver at 6’5 250lbs. His blocking is a question mark but his hands and ball tracking skills are excellent. They could also choose another tight end in Jace Sternberger from Texas A&M.

This would be a steal for the Steelers as he could go in the 4th round. The Steelers are said to be in love with him. This is another player who’s not super fast but has great ball skills and a knack for finding soft spots in the defense..

Snell was a big reason for Kentucky’s success in 2018. He has good size and is physical, but speed is a concern. He’s a good receiver. A downhill runner, he has to hit the hole decisively as he is not very elusive and his lateral quickness is a concern. Snell needs to improve his blocking also but that could develop.

The Steelers need more defensive line depth and Wise could be a good value. He was good at the Shrine Game but didn’t have a great Combine.

He’s small for a linebacker at 6 foot-1 222 pounds, but he’s a tackling machine and fits the mold of the Ryan Shazier type linebacker the Steelers desperately need. He is a very good open-field tackler but may get eaten up by blockers in the NFL.

He’s a mammoth right tackle at 6’5 and 336 lbs that is good in the run and pass, but he lacks quickness. Could develop into a solid goalline blocker or backup.