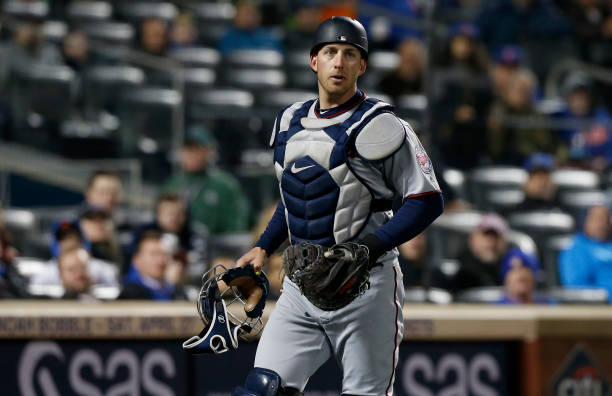 A couple of weeks into the season, we are starting to get a gauge on who the best players and teams are. You have the givens such as Mike Trout playing out of his mind and you have the surprises such as Chris Sale and the Red Sox struggling. Let’s take a look at players that have had underrated starts to the season that you need to look at in your season-long fantasy league. Note that all fantasy information is from ESPN.

Catcher is the weakest fantasy position, so when there is an overachiever likely not rostered, you need to take a shot. Garver, 28, has had a hot start to the season, with a .474 AVG and three home runs. The problem with Garver is that he splits time with Willians Astudillo so do not really on him to be in the lineup every night. The Twin is averaging 4.8 fantasy points per game and is good for 5th among catchers.

One of the few bright spots on the Red Sox this season, 2018 all-star has been arguably the best player on the squad all season. He carries an OBP of .356 and already has five home runs and twelve RBI’s. Moreland averages 3.4 fantasy points per game and ranks ninth among first basemen. The only concerning thing with Moreland is that he does a platoon with Steve Pearce so playing time is not a guarantee.

Pinder is especially tempting to pick up because he is listed as an outfielder and a second baseman which gives owners flexibility when making lineups. Pinder is hitting .333 with a .604 slg% and three home runs. Pinder, in his fourth year, has progressed every year and is more than capable of having a breakout campaign. The Athletic Pinder averages 2.5 points per game and is good for fifth among 2nd basemen.

In his first season with the Mets, J.D Davis is making an immediate impact. He only played in a combined 66 games over two years with the Astros. The Met has a .378 OBP and two home runs on the season. Davis averages 2.6 fantasy points per game and ranks ninth among third basemen.

Already six years into the league, Ahmed has not made a name for himself yet but is showing the signs of a breakout year. He has never been a power hitter but has a .314 average and seven runs batted in. The 29-year-old averages 2.5 fantasy points per game and ranks eighth among shortstops.

Despite the low average, Pillar has been on a tear since being traded from the Blue Jays to the Giants. It will be difficult for him to keep going at the pace he is at now, but a change of scenery may make him into a starting option in fantasy. He averages 2.2 fantasy points per game and is 12th among outfielders.

Kevin Kiermaier is a part of a very underrated Rays team that is off to a very hot start. He is hitting .282 with two home runs and seven runs batted in. He averages 2.6 fantasy points per game and ranks seventh among outfielders.

Clint Frazier was called up to take place of the injured Giancarlo Stanton but he has shown that he is good enough to stay in the bigs. Even if Frazier were to get sent back to Triple-A at some point, it is worth it to stash him on the bench should he get called up again. He has only played in eight games but already has three home runs and ten runs batted in.

Chirinos is listed as both a relief pitcher and starting pitcher so he used in various ways by Kevin Cash. The 25-year-old is 2-0 with a 0.72 ERA, 0.42 WHIP, and eleven strikeouts over eleven innings. Chirinos thrived with the Rays last year and should get even better as the year goes on. He averages 25.0 points per appearance and ranks seventh among pitchers

Similarly to Chirinos, Lyles is listed as both a relief pitcher and a starting pitcher. Lyles has been in the bigs for nine years, and the Pirates are already his fifth team. He only appeared in five games in 2017 but had a solid 2018 and maybe a late bloomer in Pittsburgh. The 28-year-old averages 19.0 points per appearance and ranks 12th among pitchers.