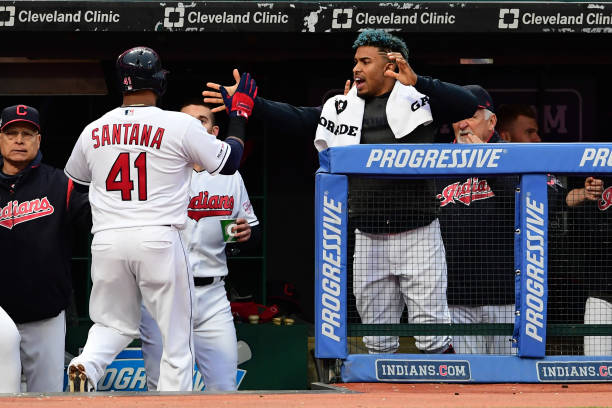 Lindor suffered a moderate calf strain in February while running drills. His status for opening day was up in the air, but still possible. Lindor was determined to be out 7-9 weeks. While playing in a rehab game, he sprained his ankle while caught in a run-down, further delaying his return.

We are now 12 games into the season, and with the Indians in first, this has been a solid start for an incomplete roster. Despite the slow start from the offense (besides Carlos Santana) the Indians have been playing very well without their best player.

It’s clear that Lindor is very close to returning, he has been able to participate in all baseball activities besides actual games. Right now, Lindor is just getting himself back up to playing shape.

I’d expect Lindor to start playing rehab games in Columbus in roughly a week or two. Lindor is still very young and this is his most significant injury to date. It’s important to take his time through this process. You can’t risk another setback like he did with his ankle.