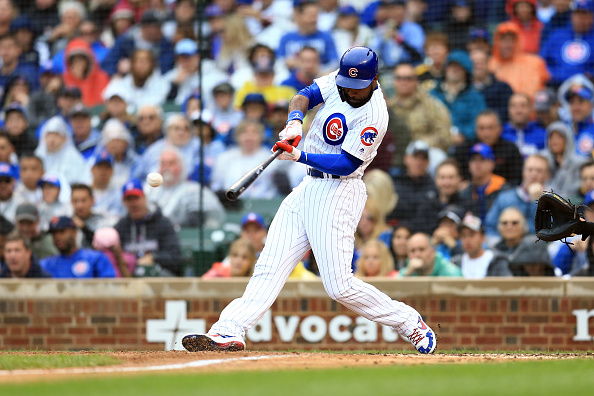 Today’s slate of games is a mixture of matinees and evening games, for this write the focus will be on the evening slate of games. We have five games to build a lineup from with games beginning at 7:10 eastern. Toronto at Boston, N.Y. Mets at Atlanta, Pittsburgh at Chicago Cubs, San Diego at Arizona, and Colorado at San Francisco. Let’s get to it and go Around the Horn!

The night slate of pitchers is a little bit dicey as Colorado’s Jon Gray is the top-priced pitcher at $9,300 on the road versus the Giants. Quintana has struggled in limited action to date this season but has really good numbers versus the Pirates over his career limiting them to a .211/.268/.395 slash line in 43 plate appearances.

With pitching being discounted we can pay up elsewhere. Look no further than Rockies third baseman Nolan Arenado. He has started the season nicely with a .277 average and has knocked in six runs for a Rockies squad that has started the season sluggishly at 3-9. In 36 plate appearances versus Giants starter Jeff Samardzja, Arenado has a .394 average with a .993 OPS.

The Padres are playing very well to open the season with eight wins in their first 13 games. Most recently Myers has strung together three very solid outings averaging 10.7 DK pts. Versus Diamondbacks starting pitcher Zack Godley Myers is slashing .421/ .476/ .737 with a homer in 21 plate appearances.

Ramos was given the day off Tuesday and has played the majority of the games to date with Travis d’Arnaud chipping with three games behind the dish. Ramos went 1-4 with two runs driven good for 7 DK pts last night and is most likely to get the nod for this one versus Braves starter Kevin Gausman. In limited action versus Gausman, Ramos has a homer and a .733 OPS in 15 plate appearances.

Acuna has a bit of an odd stat line to date with his numbers leaning heavy towards the power side with a nice .888 OPS and a not so nice .211 batting average. This, of course, evens out so to speak as we are still dealing with a small sample size this early in the season. Acuna’s last two games are trending him in the right direction going 4-7 with 44 DK pts. This will be the first plate appearance for the young superstar versus left-handed pitcher Steven Matz.

Desmond has put back to back solid games with a total of three hits in five at-bats totaling 15 DK pts. Previously Desmond has been slumping but offers a nice salary relief and has put together a very good resume versus Samardzja over his career slashing .370/ .393/ .704 with two homers.

Heyward is off to a great start hitting .371 with a 1.167 OPS in 10 games. Career-wise Heyward has always fared better against righties hitting .274 as opposed to lefties which he is only at a .236 average. This season the splits are much better which tells us that Heyward is seeing the ball good regardless of handedness.